Russell Wangersky peeled away the cling wrap encasing the chicken, thinking of it sizzling on a barbecue. When he turned the bird over, he saw “a great honking fistful of still attached skin and fat” tucked in where the ribs should have been. Over six months, he investigated the meat-to-fat ratio of Newfoundland Farm Products chickens. Wangersky made several trips to the grocery store. Almost every purchase was “larded up” to increase the weight—and the price—of the chicken.

He shared his findings in a St. John’s The Telegram column in April 2009, and the comments confirmed that his readers had also been duped. But “Penney” wrote, “I can’t believe someone was paid to write this useless waste of an article…A true indicator of the abysmal state of journalism in this province.”

Wangersky, who also moderated comments at the paper, has seen much worse. He’d sift through close to 100 comments per day (a small fraction of what larger publications receive) and kill about 20 percent of them based on their racist or libelous nature. “I don’t know what it adds in the end,” he says. “Unless what you’re looking for is to establish that out there, among us, there are truly objectionable people.”

His is one of many voices in the growing call to remove online comment sections. But commenters and tech experts say it’s a short-term solution to a lack of accountability and engagement from both sides of the computer screen.

In December, the Toronto Star shut down its comment section, joining publications such as Popular Science and the Toronto Sun. The Star will now curate “the most thoughtful, insightful and provocative comments from readers” that it finds through social media, and letters and emails to the editor. “My fear is that they are just going to cherry–pick a few comments that they like and highlight those,” says Mathew Ingram, former communities editor for The Globe and Mail and now a senior writer at Fortune. He says the move will “reflect all kinds of inherent biases” and, in selecting individual comments, publications “will be more likely to avoid the topics or viewpoints that don’t fit with those biases.”

Popular Science axed its comment section in September 2013, stating that comments don’t belong within the realms of a science-based publication. That same month, Huffington Post did away with anonymous comments. Former managing editor Jimmy Soni cited the “online toxicity” of anonymity as an explanation. In 2014, Reuters closed comments on news stories but kept them open for opinion and blog pieces. It has no incentive to engage in criticism because its stories are “straight news,” says digital executive editor Dan Colarusso.

Last September, the Sun eliminated the comment sections from most of its online stories. It says the move is only temporary, until the paper finds a “better and more accountable way” for readers to interact with the publication and each other. Comment sections “are a big part of our history and our culture at the paper,” says vice president of editorial James Wallace. “But we came to the conclusion that it wasn’t serving the interests of our readers and that there wasn’t a good or easy way to fix it while we figure out the best solution that will allow signed commenting.”

In November, CBC closed comments on all stories about indigenous issues. In a statement on its website, it said that while providing a “democratic space” for readers is important, there had been an influx of “hate speech and personal attacks.” Claiming it didn’t want a small minority of commenters to ruin the experience for everyone, CBC will be “taking a pause” until it finds the best way to proceed.

People who participate in debate to deliberately offend others are called “trolls.” Though they make up a small minority of the commenting community, trolls are the biggest catalyst of the comment section downfall. People who read negative comments below an article are more likely to view the information as less trustworthy, according to a 2013 study co-authored by Dietram Scheufele, a professor at the University of Wisconsin-Madison. The study, “The ‘Nasty Effect’: Online Incivility and Risk Perceptions of Emerging Technologies,” used a fake blog post to gauge the change in reader perception after exposure to negative comments. Several news outlets, including Popular Science, have used Scheufele’s study as justification for eliminating comment sections.

Others, including Reuters and the Star, point out that reader discussion is happening on social media. Ingram says both of these reasons are simply excuses for laziness. “It requires more work to moderate, but at least the paper is exposed to points of view it might otherwise not want to listen to,” he says, adding that comment sections are a large part of building an online community, because they give readers a voice and make them feel engaged with a topic. Taking that away removes the conversation between author and audience.

Leaving comments to social media isn’t any better, though. When publications hand over the conversation, they’re taking traffic away from their own articles. And, according to a Pew Research study, trolling exists regardless of the platform.

So, what’s the solution? De Correspondent, a crowdfunded news site in the Netherlands, is expanding with a focus on writer-to-reader engagement. The founders, Rob Wijnberg and Ernst-Jan Pfauth, say their goal is engagement through in-depth digital storytelling. The member-based subscription publication allows only members to comment (or “contribute,” as De Correspondent calls it). It also holds live events where readers and writers can speak face-to-face. This creates a sense of real engagement and accountability.

Accountability, according to the Canadian Association of Journalists (CAJ), is what’s needed to make comment sections work. In a 2014 report, the organization’s Ethics Advisory Committee concluded that it’s the responsibility of journalists to “set the tone for the conversation” by contributing to the comment sections themselves. The report also pointed out that readers are “likely to be more engaged if they see other commenters and journalists responding constructively.”

While Wangersky and others would love to see comment sections—in their current form—disappear completely, it doesn’t seem likely. People will always have opinions, and providing a public space to air them is an integral part of a transparent news organization. Both Scheufele and Ingram agree that the trick to making it work is to be vigilant, ensure accountability and, above all, to engage. Because no matter what new form comment sections take, there will always be a Penney waiting to fan the flames of uncivil discussion. 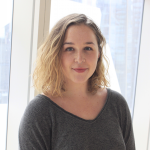 Allison Baker is the multimedia editor for the Spring 2016 issue of the Ryerson Review of Journalism.