Photo courtesy CBC Everyone knew about the big change for months. But…
Total
0
Shares
Share 0
Tweet 0
Pin it 0

Everyone knew about the big change for months. But it wasn’t until the first episode aired on Monday night that viewers saw how CBC is bringing the National into the modern age of news. Despite the awkward introductionof the show’s four hosts -Adrienne Arsenault, Rosemary Barton, Andrew Chang, and Ian Hanomansing -all squeezed onto one screen, the show’s premiere quickly moved on to showcase its biggest change: focused, in-depth reporting from what was formerly a show that hit each day’s brief story highlights.

Under Peter Mansbridge, who hosted the show for 25 years, the National was “the show of record,” assumed to be the place people would first encounter the day’s news, Jennifer McGuire, CBC’s general manager of English services, said. “[Now,] people have some touch to the news before the end of the day, so it’s our premise that they’re coming to the news for context, for depth.”

The real purpose of the four-host system is that CBC can have two to three hosts in the studio per episode, while others are reporting in the field. Each has a distinct specialty: Chang covers local news, Arsenault is primarily a field correspondent, Hanomansing has substantial hosting experience, and Barton reports on political accountability. And while the show intends to take advantage of those skills, McGuire noted that the hosts will be able to go beyond those roles.

The National’s premiere focused on the mass shooting at a church in Sutherland Springs, Texas, the release of the “Paradise Papers” detailing the use of foreign tax havens by public figures, and a report from Raqqa, Syria, after the expulsion of ISIS. The episode also covered a police officer in Abbotsford, B.C., who was killed while arresting a suspected car thief, and a tribute concert for the late Leonard Cohen.

The field report from Raqqa—courtesy of veteran field correspondent Arsenault—was the centrepiece of the episode. With the help of a fixer from the occupying Syrian Democratic Forces, Arsenault trod carefully through the ruins, explaining the devastation and still-present danger in the area.

After each story, the reporters had ample time to discuss how they reacted to each issue. For example, after Arsenault reported from Raqqa, she shared, in conversation with Hanomansing, how angry she felt as she covered that story. Field reporter Paul Hunter covered the recent shooting in Sutherland Springs, Texas, and expressed confusion regarding Americans’ lack of motivation to change U.S. gun laws.

The change to include commentary was motivated by the belief that personal expression is a good transition between stories, McGuire said, adding that she still doesn’t want to let reporters or “editorialising” become the show’s focus. “It’s something that we’ll be playing with as we move forward—how do you share details and let people know that you’re a person that experienced something, without crossing the line?”

The diversity of the current lineup will have significant blind spots if the hosts are held too closely to their roles. For example, the show does not have a clear plan for addressing the essential Indigenous news beat. When asked, McGuire instead recounted past CBC projects, like the CBC Indigenous news portal, and missing and murdered Indigenous women stories. “We’ve long believed in illustrating that story and we will continue [to], but we’ll have a worldview,” McGuire said. “There’ll be other Canadian stories that we’re going to tell. We’re looking at moving beyond daily agenda stories to try to tell some of the kinds of stories that are about cultural changes and shifts in the country.”

We’ll just have to watch and see. 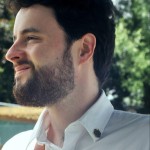 Graduate journalism student at Ryerson University in Toronto. Worked as Senior Copy Editor at The Strand, the official student paper of Victoria College at the University of Toronto, and later produced the Canada Day 2017 special for Because News on CBC Radio One. Loves writing about the fundamental worldviews that define political and religious affairs.