The Case for Paying Sources

Paying sources is generally regarded as unethical. Payment can bring suspicion to the validity of the connection between writer and source. For Toronto freelance journalist Alex Verman and, in one instance, the editorial staff at This magazine, paying or making donations to certain sources can be about building good faith and maintaining a trusted and reciprocal relationship within marginalized communities.

“The rationale for this is: I think a lot of people in journalism, for all kinds of reasons, don’t necessarily recognize that there is a distrust of media,” Verman says. “To me, it felt kind of a given that I want to establish that, ‘I’m not just trying to seize your experience to raise my own profile.’”

Verman believes the kind of work their sources are involved in, such as for grassroots organizations, is undervalued in the context of capitalism. They added that paying sources for time and knowledge can be a statement that recognizes the value of the source’s work.

Verman often provides compensation such as grocery cards or payment to a source’s Paypal, but also donations to the organizations some work for. In the case of their story for This, the magazine covered Verman’s donations as expenses when paying for thestory. “People should give their resources to individuals without resources who are doing important, political work” they say.

Verman said other fields of work that could require compensation for a source include sex work, activism, public health, those with mental illnesses, mental health experts, and any source who discusses past incidents that could retraumatize them. In a few cases in which Verman offered compensation, some sources refused.

At first, This editor Erica Lenti had apprehensions about paying sources. She says she had discussions with her mentors and other reporters, including Kim Pittaway, executive director of the MFA in Creative Nonfiction Program at University of King’s College, who says that journalists should look at the issue as a matter of circumstance.

“It’s easy to come at these kinds of questions with blanket statements of ‘thou shall not,’ or ‘thou shall,’” says Pittaway. “Some situations are more nuanced and require a more complex analysis of what’s going on.”

Pittaway also says this means asking why Verman thought it was appropriate to pay their sources in the first place.

“I really thought it was going to detract from the story and that people were going to hone in on that and say, ‘Oh my God, they paid somebody,’” she says. Lenti also notes she expected a backlash, but that reader response has been mostly positive. She also emphasizes deciding whether to pay sources should be evaluated on a case by case basis.

“Certainly, for sources like lawyers, academics, doctors, and other professionals, taking that hour or two to chat with a reporter will not put their access to groceries or personal needs at risk…” she wrote in her editor’s note. “But when it comes to grassroots community workers, that free labour, that expected hour or two of chitchat, can be the difference between dinner or no dinner, a paid opportunity or getting an important story out to the world.”

While journalist and columnist Christie Blatchford acknowledges there might be possible scenarios where sources could be compensated, she says she’s never come across one yet. She says the reason should not be solely to persuade the subject to be in the story, and that the money shouldn’t be coming from the magazine itself. For instance, Blatchford says she would (and has) offered cash or a meal if she interviewed a homeless person, but only after the interview is finished. For Blatchford, this is more of an act of personal kindness.

“I wouldn’t consider that part of the professional exchange. But the sort of rationale for this thing, that somehow the voice is so important and so missing from a story that you need to get the voice this way, I think really is transparent nonsense,” adds Blatchford.

Pittaway disagrees with this idea, saying she thinks transparency is increased when publications and journalists officially recognize this exchange. She says that journalists should instead spend time interrogating what other, non-financial motives may compel sources to come forward, such as ego, power, and other “human factors.”

Verman reiterates that offering media exposure is not the only kind of support that journalists can offer grassroots organizations. “The best way to help a cause is to put money into it,” they say. “You can be objective, you can tell facts, but the obligation is to represent a story accurately and authentically. Sometimes that means you’re gonna get involved in it, because they’re things that affect real people in the real world.” 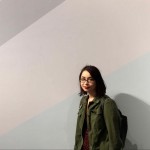