“A Dark Day for Press Freedom”

In 2015, the RCMP ordered Vice and Makuch to hand over any communications they had with Shirdon, as well as any documents relating to those communications. Vice and Makuch refused, which started a three-year legal battle to overturn the order. The lower courts denied these attempts but, given today’s ruling, the Supreme Court ultimately upheld the decision.

In a tweet, Makuch says he is “profoundly disappointed” by the ruling: “It is truly a dark day for press freedom around the globe at a time where journalism is unquestionably under attack everywhere.”

Shirdon, a Somali-Canadian, left his home in Calgary in 2014 to allegedly join ISIS, and was later featured in an ISIS propaganda video in which he was shown ripping up his Canadian passport and throwing it into a fire. Last year, Global News reported the United States Central Command said Shirdon died in a 2015 airstrike in Iraq.

In an editorial statement released shortly after today’s ruling, Vice outlined its disappointment in the court’s decision, stating the ruling against Makuch speaks to a growing threat to journalism across the globe. With the fear of fake news instigated by U.S. President Donald Trump and internet trolls, Vice says journalism is in a precarious state: “The current environment is both physically dangerous for journalists and existentially troubling for a healthy democracy.”

“This is a dark day for press freedom, which is a basic tenet of democracy,” a Vice spokesperson told the Ryerson Review of Journalism via email. “While we’ve lost this battle, nothing can shake our belief that a free press is instrumental to a truthful understanding of the world in which we live.”

A very important aspect of this decision regarding the protection of confidential sources. The identity of Ben’s source, Farah Shirdon, was not concealed. pic.twitter.com/IAcYffRKxl

The Canadian Association of Journalists (CAJ) and Canadian Journalists for Free Expression (CJFE) released a joint statement following the ruling, stating the decision is “a blow against press freedom in Canada”

Adds CAJ president and CJFE board member Karyn Pugliese: “It creates a chill for anyone who wants to speak truth to power or expose government wrongdoing…The country’s highest court erred significantly in today’s decision.”

The executive director of Reporters Without Borders (RSF), Margaux Ewen, says the Supreme Court decision is “very concerning.” While public safety is important, she adds, compelling journalists to hand over source information directly undermines their role and compromises journalistic independence.

Ewen adds the Supreme Court ruling could potentially deter future sources from coming forward: “This definitely has a chilling effect, which could critically harm journalists’ ability to gather information.”

Currently, Canada ranks 18th out of 180 countries in RSF’s 2018 World Press Freedom Index. “For the highest court in Canada to order this is concerning and really puts into question how much freedom of the press is really valued in this country,” Ewen concludes.

Justin Safayeni is a litigator for Stockwoods Barristers, which is acting as an intervener in this case for a coalition of journalists, media, and free expression groups. The coalition argued for strict guidelines on how police can slap orders on journalists. Safayeni told the Review the material Makuch must hand over will be used to “prosecute the source,” adding that now sources who are “antagonistic with authorities” may be less likely to speak to journalists. As well, he says, newsrooms may be more careful about their editorial decisions if they fear being presented with search warrants or other orders.

“It’s dangerous for journalists to be seen as an investigative arm of the police,” he says, though pointing out the “chilling effect” could have been more severe if Makuch’s source was confidential.

On the “media” side of the equation, the big issue is whether requiring a journalist to disclose records of published material with a non-confidential source produces a “chilling effect” on news-gathering (e.g. by discouraging other sources to speak with journalists). 10/24

The Court downplayed this concern, going no further than to say that it “could arguably raise some concern over potential chilling effects” (para 92). Essentially, the Court relied on the fact that the source here was not confidential and the material had been published. 13/24 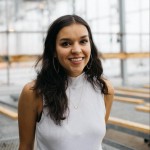 Katherine is the managing editor, online for the Spring 2019 masthead. She loves writing about fashion and culture (from Kahlo to Kardashian), and is an advocate for telling women’s stories. In her free time she enjoys traveling, exploring Toronto and listening to any and every true crime podcast.