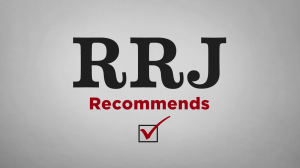 The best structural quality of Gimlet Media’s Reply All podcast, as far as its stories go, is that they are obscure, bordering on pointless, and excruciatingly brainy. They’re stories for nerds, made by nerds. Nerdiness is arguably less a quality of bookish intelligence and more of the small, private obsessions that drive them to relentlessly Google late into the evening. They are intelligent, yes, but it’s the fact that that intelligence is prone to concentrating in places beyond the explicitly necessary that makes for a true, capital-N Nerd. (It’s also what makes Nerds interesting reporters.) And maybe most of all, it is the pursuit of that obscure knowledge principally for its own reward, rather than for any utility, that drives a classic Nerd.

Nerdiness is a difficult personality trait to tell stories to. Nerds tend to be far less concerned with the world outside than with their own curated bubble, and life within that bubble for a certified Nerd is entertaining in an intensely personal and un-replicable way.

And while big, socially-conscious stories can be aimed at brainy audiences, Nerds included, they aren’t nerdy in the way a story about an obscure Internet forum is. Those stories are out to change the world; a Nerd story, on the other hand, invites you into a tiny weird little corner of it.

In some way or another, we all know what this is like: that one bizarre fact or idea that sends us on a digital wild-goose-chase, down all sorts of cyber alleys in pursuit of an answer to a question that, really, doesn’t mean much to anyone else. Reporters are good at this — this sort of deep dive is, after all, their job. But their deep dives are into subjects that people care deeply about: social justice, taxes, political intrigue (and, I suppose, occasionally not). There’s a sort of progressive social acceptability to caring deeply about these things that make them great subjects for a journalist who wants to write a big story with a major impact.

A good Nerd Story, though, is different: it’s not aimed widely, and it’s not trying to change the world. A good Nerd Story is more often than not an obsessive journey into something off-the-wall, something you never knew existed. A good story like this takes you aside in your free moments and says: hey, check this thing out. A good Nerd Story, in other words, is a story that means a great deal to the people who obsess over it because for them, not figuring it out is simply not an option they’ll accept.

Nerdiness is arguably less a quality of bookish intelligence and more of the small, private obsessions that drive them to relentlessly Google late into the evening

Last week, Reply All aired ‘Boy in Photo,’ and it’s of its nerdiest. The episode tells the story of a single photo, shared on an early-aughts message board called ILX in 2006 (a message board “for music nerds,” says host PJ Vogt). The photo, of an awkward teenager sitting on a bed with two girls, is entirely unremarkable, but it’s entirely relatable to most people — and I would wager even moreso to a sizeable slice of the nerd population. “If there were an entire nation devoted to teenage longing,” says Vogt, “they’d put his face on the hundred-dollar bill.” The photo sparked something for the ‘music nerds’ on the ILX message board, who for the next nine years obsessively dissected the photo to try to answer the question: ‘who was this boy in the photo?’

Without providing spoilers, what makes this episode tick is both that the nerdish obsession that Vogt and his reporters have with the story is contagious, and that the process of reporting the story is the story. The audience is taken along for the ride as the reporters ambush one of the boy’s friends in a bar, as they attempt to visit his family’s cemetery plot, as they drive around looking for a house, and as they awkwardly knock on the door. All of that is recorded and laid bare for the listener, and for Nerds, there’s a familiar awkwardness. ‘Boy in Photo,’ replete with “umm’s” and “uhh’s” and stumbling deliveries. It’s especially comforting to the reporter-nerd.

Reply All is at times a show about stumbling forward, into stories that feel bigger than the two goofy reporter-nerd hosts can handle. You don’t ever really get away from that in the show, and some of their best moments — like when Vogt took a bit too much LSD, or when he involuntarily belly-laughs — are great precisely because they aren’t polished reporter moments, but it would be difficult to find better reporters. And it would also be hard to find better storytellers — the Reply All team have a remarkable ability to take great reporting and make sure that the most exciting moments happen as sound.

‘Boy in Photo’ is all of this. It’s nerdy, in that as an episode, it knows how ridiculous and bizarre the story is, and yet always respects it. It’s charming, warm, and thorough. It’s both awkward and incredibly well told. It’s also painfully human, propelled by the emotional currencies of obsession, curiosity, and longing.