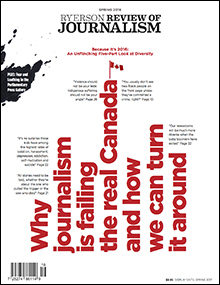 Students from last year’s Ryerson Review of Journalism scooped up three nominations for this year’s 40th anniversary of the National Magazine Awards. In addition, they also earned one nomination from the Digital Publishing Awards.

In the National Magazine Awards’ category, Best New Magazine Writer, two RRJ grads received nominations: Viviane Fairbank for her article, Hot Mess, in the Ryerson Review of Journalism; and Eternity Martis for her story, Know Your History, Know Your Greatness, which appeared in Hazlitt.