A few weeks ago, the Ryerson Review of Journalism hosted its first…
Total
0
Shares
Share 0
Tweet 0
Pin it 0 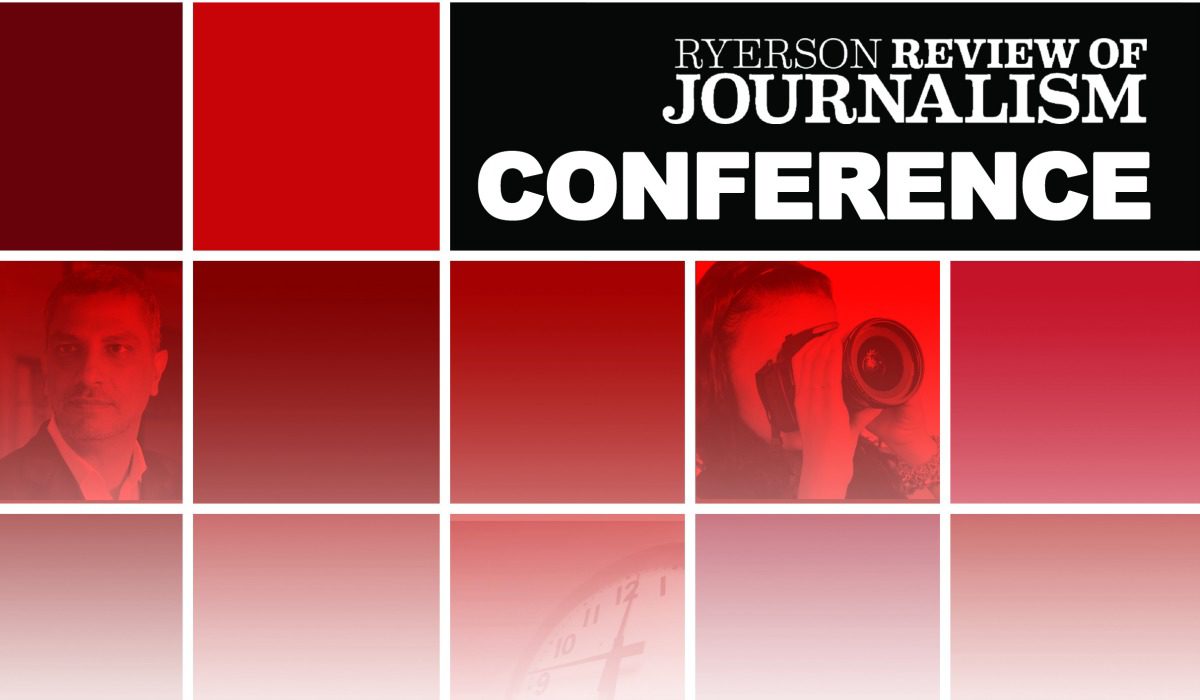 A few weeks ago, the Ryerson Review of Journalism hosted its first conference in conjunction with the launch of the magazine’s spring 2017 print issue (it’ll be mailed to you next time if you subscribe). The theme of the conference was Breaking Barriers in Journalism, which Kamal Al-Solaylee, author of the Governor General’s Award-nominated Brown, kicked off with the keynote speech. Panels on gender barriers in photojournalism and surviving as a freelance journalist rounded out the afternoon. By our rough count, about 60 people attended the event, but in case you missed it, you can catch the highlights on the RRJ’s Twitter page, as our digital team was live-tweeting the entire event using the hashtag #RRJCon.

I was the lead organizer for the conference (or Conference Queen—depending on who you ask), which isn’t as glamorous as it sounds—my job consisted mostly of keeping track of deadlines. Nevertheless, I thought I’d share a few lessons I learned while helping to plan an event of this size.

1. Hope for the best, plan for the worst

It’s a great idea to set goals, and to envision what the thing will look like if all goes according to the plan. But it’s equally important to think of what the worst possible scenario might be, and to think about what to do if that were to happen—or better yet, how to avoid it altogether. What happens if the catering isn’t ready on time? What happens if a whole panel drops out four days before the event?

Although it might seem like tedious micromanaging, it’s a good idea to have the team CC the project leads on all emails sent to guests, event spaces, catering companies, and to whoever else is involved. This way, the leads are aware of all the details, and they don’t have to constantly check up on their teams to make sure tasks are complete.

Did you know that when you order a table for an event, table linen isn’t necessarily included? That scotch tape doesn’t stick to brick when it’s raining? That (seemingly) cabs won’t pick you up on Toronto’s Gould Street?

4. Be overly accommodating to special guests and speakers…

…especially when someone is donating their time for next to nothing in return. Make sure they can contact you if they have any questions or concerns, and be sure to thank them for their time. Then thank them again.

5. You can’t plan for everything

There will inevitably be things that happen that you couldn’t have planned for. Do your best to smooth things over if possible, and learn from what happened so you can improve your next event.