Q: What happens when an internationally-recognized Canadian journalist who has written extensively on what is arguably the country’s biggest political scandal to date holds an online question-and-answer period?

A: She receives a bunch of really, really stupid questions. 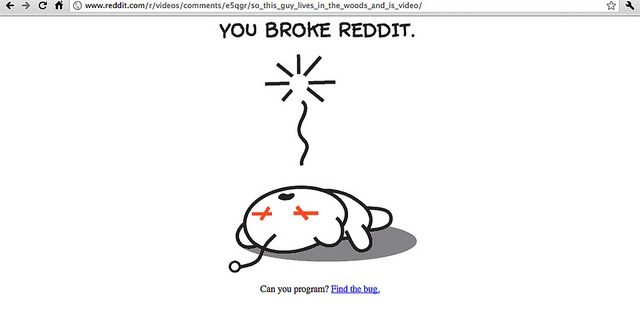 Robyn Doolittle should be applauded for her efforts to connect with Torontonians on Reddit Tuesday after hosting an “Ask Me Anything” (AMA) thread in which her readers could ask their burning questions. She braved the possibility of encountering a cesspool of trolls; but while they seemed to stay at bay for this AMA (Daniel Dale excluded), the session still fell flat. What could have been an opportunity to peek into the world of Canadian investigative journalism, instead turned into a boring collection of queries regarding Doolittle’s House of Cards lookalike, her dog grooming schedule and if she had ever met Rob Ford (seriously).

The outcome is a shame. Reddit has long been a launching pad for great crowdsourced journalism. In 2012, several major Canadian publications commended and cited the Redditor-produced timeline on the Danzig shooting. The forum has also been a platform for connection, a place where those who have been out of reach from the general public can converse with laypeople.

For journalists, AMAs serve as an opportunity to answer the questions behind their stories, help readers better understand their jobs and be transparent about how they gather and report news. The AMA subreddit is five years old, and boasts more than 6 million members and there have been plenty of well-informed journalist-hosted AMAs: In June, Ricochet editor Ethan Cox held one that yielded questions about the sustainability of a Canadian journalism start-up. In January 2013, Andy Carvin discussed the implications of covering Arab revolutions using social media. And last October, Postmedia columnist Andrew Coyne talked paywalls and Canadian politics.

Why, then, are Doolittle’s readers so interested in her resemblance to Kate Mara and her relationship status? It’s impossible to pinpoint. Her gender plays a role in how she’s perceived, but so does the fact that she uncovered such a sensational story about one of Canada’s strangest political figures and has appeared globally on late-night TV shows. Doolittle is a female journalist who was thrust into the spotlight—and as research shows, it’s not a surprise she faces intense scrutiny and an onslaught of irrelevant questions.

Not all was terrible: Doolittle did glean some insight on her move to The Globe and Mail (spoiler: she loved it) and paying for news. Otherwise, all we can take from her AMA is that she likes creeping people’s brunch and her love for the Eyeopener is undying.

Can we try a little harder next time, Internet?

Have something you want to see on the blog? Email the editor! And don’t forget to follow the Review and our masthead on Twitter.

Erica Lenti was the Spring 2015 editor of the RRJ.