As the first week of Ghomeshi’s sexual assault trial wraps up, endless reporting and thousands of tweets have documented the case, closely following every statement made and each piece of evidence brought forward. The cutthroat cross-examination of defence lawyer Marie Henein attempted to shred the credibility of witnesses—women who were strong enough to come forward, only to now be broken down.

I’m following the trial religiously—I can’t look away for fear of missing a detail, a detail I would likely dismiss in normal everyday life, like whether or not I wore hair extensions on a particular day over a decade ago. Before Ghomeshi was charged with four counts of sexual assault and one count of overcoming resistance by choking, I listened to him on CBC’s Q. And even though I found his smooth-talking tone to be annoying, I greatly admired his work as a journalist.

When those we idolize—or at the very least appreciate—are accused of immoral acts, we become perplexed. How do we make sense of someone who is capable of making art for the world to enjoy while also being capable of destroying lives? If you believe art is an extension of oneself, it becomes hard to enjoy the art created by a sexual predator.

Appreciating the art while disliking the artist isn’t clear-cut. After the passing of David Bowie, Stacey May Fowles wrote a thought-provoking piece for Hazlitt about coming to terms with the fact that one of her role models had a history of sexual abuse.

Fowles shared how she, a survivor of sexual abuse, found herself initially trying to explain Bowie’s actions. She wrote, “In the moment I was actively trying to excuse his horrifying behaviour to justify my own admiration for him, becoming the very apologist I criticized out of the fear of complicating my own experience of loss.”After coming to the realization that idols can also be monsters, her perspective changed: “…knowing how harrowing it is for victims to see perpetrators celebrated in the media, I have a personal responsibility to examine and acknowledge the idea that he was potentially involved in someone else’s trauma.”

Fowles’s analysis made me think: who decides what celebrities receive a get-out-of-jail-free card? Bowie’s alleged rape certainly didn’t affect his legendary status. Tupac, who passed in 1996, was found guilty of sexually assaulting a woman and served time in prison for the charge. Yet the masses of fans that still mourn his death rarely remember this dark fact. R. Kelly’s alleged penchant for exploiting and abusing young women hasn’t ended his career, either—he released an album in 2013 and was featured on a hit Lady Gaga track that same year.

Perhaps it’s because celebrities like these also contribute to society in ways we enjoy. We don’t want to think about accusations that Woody Allen molested his adopted daughter because it makes it harder to like Annie Hall. Buying an R. Kelly album feels wrong if we think about the possibility he urinated into a young woman’s mouth.

But the truth is, even if we choose to forget what these men have done, the victims of their crimes don’t. Enjoying, celebrating and supporting sexual abusers is wrong—morally and ethically. If we turn a blind eye or justify unacceptable behaviour, we are creating a society that condones it. We are telling women that their abuse isn’t as important as the man who is responsible for it. We’re allowing art—albeit often good art—to bear more significance than our respect for human decency.

Despite the horrible circumstances, I find it reassuring to read outraged tweets and comments about the reality of the women involved in the Ghomeshi trial. People are starting to discuss how the legal system is set up to fail victims of sexual assault and how few convictions are actually made. Many Canadian journalists are also expressing their thoughts on the case and its portrayal of women. Ashley Csanady of the National Post tweeted: “What’s so chilling about Lucy’s testimony in #Ghomeshi is I don’t know a single woman who hasn’t done something she regrets just to be nice.” Alyshah Hasham, court reporter at the Toronto Star, wrote: “In case it’s somehow not crystal clear through the tweets this looks like a lead-up to accusing the complainant of lying. #ghomeshi.”

Despite Ghomeshi’s lack of emotion in court and Henein’s ruthless questioning, we are starting to talk about women and how they’re treated. The Star even put together a piece featuring different women’s tweets about the case.

Even if Ghomeshi is found not guilty—because that’s the way the system works—hopefully, his career is toast. When the trial wraps up, and the media frenzy dies down, I hope we forget about Ghomeshi, but not the women. The women who found the courage to stand up for themselves in an attempt to have their voices heard, despite the odds being stacked against them. Because hearing the voices of survivors of sexual abuse on the radio would be a pleasant change from hearing Ghomeshi’s.

February 5, 2016: The original version of this story has been corrected to ensure accuracy. 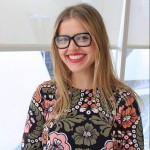