Op-ed: The Case Against Unpaid Internships

Raizel Harjosubroto, a 2020 graduate of the Ryerson School of Journalism, was an unpaid digital intern at The Walrus in her final semester of the program and received school credit for her placement. While she found the experience valuable, she says it wasn’t worth not being paid because she’s held similar digital-related jobs with the university that paid her fairly. The pressure to get off-campus industry experience before graduation made her feel like she had to take the internship because it would benefit her career as a journalist.

Throughout her time in journalism school, Harjosubroto heard multiple conversations about the necessity for students to try to get internships at large, recognized  publications such as the Toronto Star or National Post. “That kind of glorifies the hustle lifestyle of ‘I need to work hard, because eventually that’ll lead me to an amazing job in the end,’ but I have to do all this unpaid work beforehand,” says Harjosubroto. “It’s just so unfair.”

“If you’re making an intern do your work and do things that are going to add value to your company or to your magazine, don’t you want to compensate them?”

Critiques of unpaid post-secondary journalism internships, and the culture surrounding them, are not new. Yet, little effort has been made to address them. In March 2021, Jane Slater, an American NFL Network reporter who says she completed three unpaid internships while in school herself, ignited a debate about the topic when she tweeted her support for them. “For future journalists, your first few years feel unpaid,” she writes. “There is a reason not everyone makes it in this business.”

Post-secondary journalism internships can be a great way for students to gain industry experience and expand their professional networks before graduation, but when offered as unpaid or low-paid opportunities, they’re exploitative in nature and uphold systemic class inequalities in the industry. According to a 2018 survey of over 14,000 graduating students by the Canadian University Survey Consortium, 17 percent of students participated in an internship experience—eight percent of these were unpaid.

Newspapers and publications that offer unpaid internships to students are deciding—intentionally or not—the demographics of who gets access to long-term employment in the industry. Ultimately, it ends up being middle-to-upper-class journalism students who can afford to take on unpaid work. Even without considering the financial barriers that unpaid internships pose, all students should be fairly compensated for their work, as companies that do not offer any form of compensation are receiving free labour from students in the name of education.

Many students in their final year of journalism school take on internships through their school’s internship program or course. The journalism programs at Ryerson University, Carleton University and University of King’s College all offer students the opportunity to take an internship, promising hands-on exposure to established newsrooms and contacts to build a professional network. But these internships are legally allowed to be unpaid in Canada as long as students are receiving school credit. If you’re a student intern, the Canada Labour Code doesn’t require you be paid and the activities you perform for an employer aren’t legally considered work. This is despite students having to pay thousands of dollars to take the internship courses themselves.

While taking on unpaid internships is especially hard for students with living expenses, taking on unpaid work can also be hard for those living at home, says Stacy Lee Kong, a Toronto-based writer and editor. This is true for students with financial responsibilities such as helping to pay for rent, groceries, healthcare, or other bills, which she says is common for students but disproportionately affects racialized and marginalized youth. “Unpaid internships only let in people who can fit into a very particular box.”

Duaa Rizvi, a third-year journalism student at Ryerson University, can’t afford to take on an unpaid internship because of her expenses, which include commuting costs, phone bills, credit card payments, and healthcare costs. This also includes her tuition. The average post-secondary debt owed by Canadian students is $24,000, according to recent data from Statistics Canada.

“Getting this degree is not free for me,” says Rizvi. “I will have to pay off my loans, but how do I do that if I can’t break into the job market without gaining the experience that comes through unpaid internships?” she says. While Rizvi is currently living at home due to the pandemic, she’s planning to move out in August and will need the income to support herself.

Having only a certain demographic of journalism students able to access unpaid internships, often upper-to-middle-class white students, limits the perspectives and experiences of journalists in the newsroom. The lack of racialized, marginalized, and low-income journalists—either in internships or working in the industry post-graduation in positions stemming from internship opportunities—can be reflected through a lack of diverse perspectives in the newsroom and in the work they produce.

Students working in unpaid or low-paid internships during the pandemic are also working from home and are no longer receiving the in-person, hands-on experience and mentorship that are typical selling points of internships.

I completed my own reporting internship at the Globe and Mail during the summer of 2020. I worked from home for the internship’s six-week duration because of the pandemic, losing out on any mentorship or newsroom experience I would have received if it were in person.

“After brief training on your first day, you will be assigned to the same shifts with the same responsibilities as a regular staff member. As discussed, we expect you to hit the ground running,” read my internship acceptance letter from an editor at the Globe.

Despite having the same responsibilities as a staff reporter and losing out on in-person experience, I was still paying tuition to take the internship course, which was essentially paying for me to work at the paper. While I received a stipend for my time there, it was just enough to cover the cost of the internship course, and only because the course was cheaper to take over the summer than during the academic school year, which is when the majority of students take it.

Kong completed three internships of her own. She started with an unpaid one for This Magazine as part of the requirements to graduate from the University of Guelph-Humber in 2007. After this experience, she applied to around 25 editorial assistant jobs, but never landed any because she didn’t have at least a full year of editorial experience that they were asking for. She took on three more low-paying journalism internships to get that experience at Style at Home magazine, Toronto Life, and Chatelaine. She remembers receiving a small stipend for her time at Style at Home and around $400 a month from Toronto Life, which was just enough to cover her transportation expenses from Oakville. Her experience at Chatelaine was unpaid.

During these internships, Kong also had a tutoring job on the side to supplement her income. While she found her internships useful and acknowledges that they were important in getting her to where she is now, especially by helping her build a freelance network, she doesn’t think she would have taken them on if she hadn’t been living at home at the time. She wouldn’t have been able to afford rent, groceries, her cell phone bill, or social expenses if she did.

Chatelaine took on two unpaid interns in January 2021 after not having any unpaid interns since September 2019. Maureen Halushak, the editor-in-chief of Chatelaine, says some of their interns’ duties typically include building content in WordPress, fact-checking, and writing for print and digital.

While Halushak still believes that Chatelaine offers a good internship experience, she says her team recognizes the “systemic issues inherent to unpaid internships,” and that our interview for this story led to an internal discussion and some changes. Going forward, Halushak says Chatelaine will offer $500 monthly to full-time students interning for academic credit, while part-time interns will get that money prorated over time. “We recognize that this is not a huge amount, but we hope that it helps—in some small way—to support our interns,” says Halushak.

Angela Misri, the digital director at The Walrus, says the magazine’s internships are meant to offer students the experience of working in a newsroom without the responsibilities that come with being a paid employee.

“The hurdle many recent graduates face is that often they have no evidence that you can hand them responsibilities or any relationships in the industry,” says Misri. “I like to think I am arming them with that evidence.”

Kong recognizes how unpaid internships play into hustle culture. “We’re always told that if you take initiative and you work really hard, you’ll get recognized,” says Kong. While she thinks this can be true, she says the difference now is that there are so little staff journalism jobs that more unpaid work and responsibilities are being placed onto interns and junior staff.

“I don’t think it’s a shock that, as full-time journalists lose jobs and those positions shrink, interns end up having to take on that employee role right away…instead of being given the space and opportunity to learn,” says Kong.

While publications that offer unpaid internships can provide students with mentorship opportunities and a chance to learn industry skills, students should still be fairly paid for the work they complete. As Chatelaine’s response shows, however, a shift in approach is possible. Newsrooms offering internships can adjust their models to recognize the value of the labour involved, as well as acknowledging the economic and social barriers to inclusion that are detrimental to the practice of journalism. Unpaid internships should continue to be a point of conversation until there is industry-wide change in the way internships are compensated. 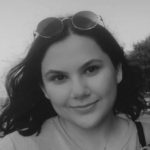 Vanessa Quon is a Toronto-based writer and editor. She's currently completing her final year at the Ryerson School of Journalism and is a print senior editor for the Review. She is also the editor-in-chief of New Wave Magazine, a Ryerson-based feminist publication. Alongside the Review and New Wave, her bylines have appeared in The Globe and Mail, The Eyeopener, and Ryerson Folio.