Live-tweeting an attack could endanger journalists and citizens

When a gunman attacked Parliament Hill on October 22, Canada was left with many questions and eager journalists determined to find the answers first.

As the shooting shook Ottawa, many journalists were quick to jump onto social media to give breaking news updates depicting what was occurring on site. But what some reporters didn’t do before sending out their tweets was ask: “Are we putting the people of Ottawa in more danger?”

With the death of 24-year-old Cpl. Nathan Cirillo and a gunman still at large, by sending out a message with their location (and the location of civilians), journalists could have been leaving a trail of breadcrumbs for an attacker.

Online content should be reported as carefully as print content and, when possible, subjected to full editing, says the Canadian Association of Journalists in its ethical guidelines. It also says that speed should never compromise accuracy, credibility or fairness.

Many journalists started tweeting out photographs and posts describing their exact location, and some posted photographs and videos of officers across the city. Others may have given away their locations, even if they didn’t mean to. If they had enabled location services on Twitter previously, each current tweet would have a specific address or neighbourhood attached to it, allowing anyone to see the exact location of the sender. 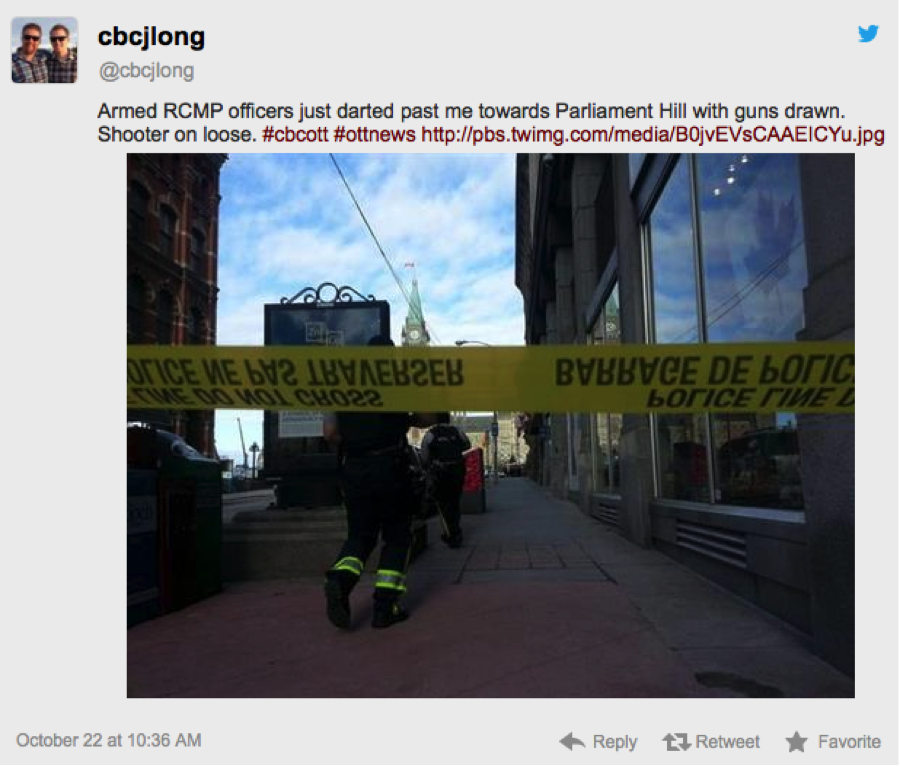 At one point, information about where Prime Minister Stephen Harper was hidden surfaced on Twitter, but was quickly revised. 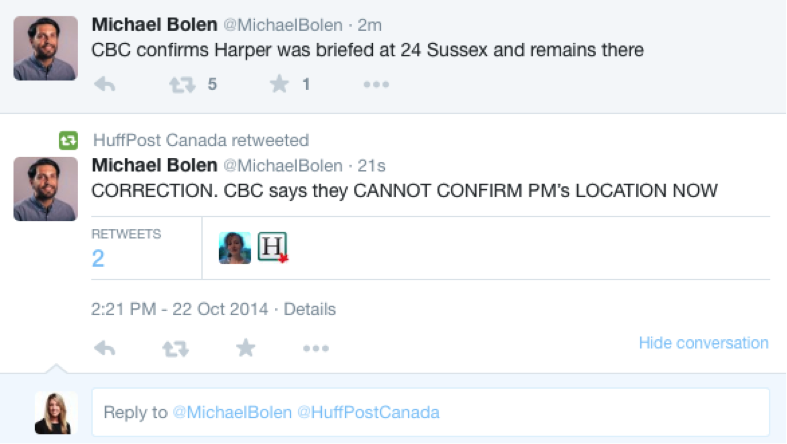 Harper was hidden in Parliament’s Centre Block when the gunman stormed into the building. Releasing information of where he was located during this attack seems dangerous.

Other individuals gave an update that they were “still trapped,” but did not disclose where they actually were. 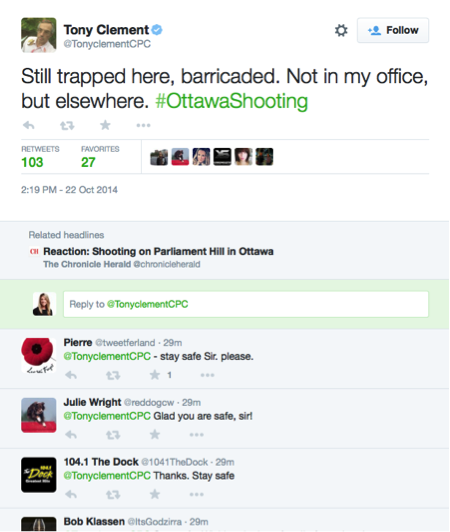 In the age of social media, it has become accepted that private information will be posted even when it probably shouldn’t be released into the public realm. The public is eager to know exactly what’s happening in the moment, and journalists are hungry to get the story first. As a result, reporters often make mistakes when stories are breaking. This is understandable with the confusion and speed of unfolding stories, but because an attacker can follow any stream of posts, social media posts risk putting citizens’ lives in danger.

The RCMP National Division expressed their concern with social media, which was retweeted 3,385 times and had many comments asking the media to stop posting footage of their locations. The Ottawa Police Department also asked for social media silence. 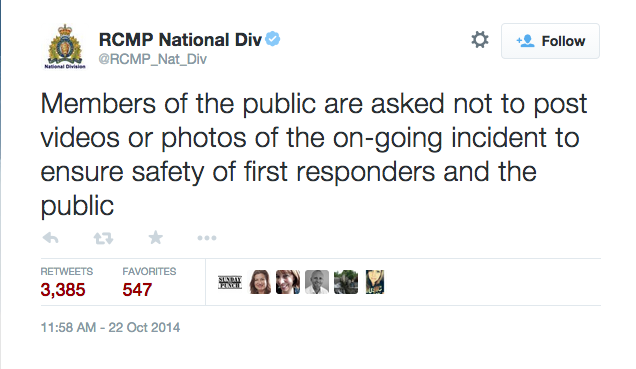 Journalists need to remember that social media is accessible to everyone. A written policy may be helpful for reporters when using social media during attacks like this. Photographs and locations may have to wait to be released until lockdowns have been lifted and police have found the perpetrators. Not only are journalists risking their own lives by reporting in the field, but possibly also the lives of everyone around them—even if they are in hiding. 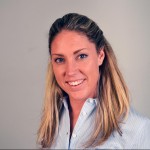