Jeers, Heckles, or Protests? Trudeau gets the not-so-silent treatment 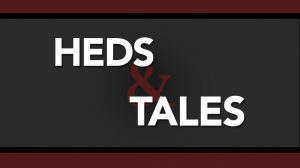 Prime Minister Justin Trudeau’s Tuesday appearance at an Ottawa youth labour summit was interrupted by protesters. Dozens of the young delegates booed, yelled at, and physically turned their backs away from Trudeau as he was speaking. These protesters took issue with several causes, including pipeline installation and other environmental concerns.

Honeymoon over? A year ago—even a month ago—it would be difficult to imagine Trudeau being both heckled and jeered at. The terms mean essentially the same thing, which had us wondering why the Globe chose to include both. But that’s merely a nitpick—one that doesn’t substantially change the reader’s perception of the story below it.

Condemning the CBC’s “rough ride” is not a nitpick, though. “Rough ride” is too ambiguous to explain the conference attendees’ actions, and it doesn’t indicate Trudeau’s reaction. The headline’s physicality is attention-grabbing, but at the expense of precision.

The Post’s headline is different from the CBC’s. It’s a nuts-and-bolts summary that states the people, the place, and the thing, but it still suffers from the bias the other headlines have: Was it a crowd of hecklers, or was it a protest? The difference between heckling and jeering may be slight, but neither word is ascribed much social value outside of a comedy club. Protesters can be heroic, though; protesters have ideals.

Attendees of the Canadian Labour Congress youth conference heckled—they may even have jeered—but reducing them to hecklers in the headline robs their actions of any positive social function. It’s the nuance that matters.