When a story is breaking, don’t trust the media

During the attack and manhunt in Parliament and around downtown Ottawa yesterday, there was a flood of journalists, citizens, police and politicians trying to keep to country informed. From approximately 10 a.m. onwards, your newsfeeds were likely filled with commentary and updates on the situation.

When the whole nation is watching a story unfold, journalists understandably want to report unique, timely information. However, in a haste to break news quickly, reporters are often too quick to accept statements as fact, especially when others are reporting it. As we saw yesterday, media organizations can’t trust each other when a story is developing so rapidly, because they often get it wrong.

In the early afternoon, many organizations were claiming there was a shooting at the Rideau Centre shopping mall. This is a screenshot taken of a Toronto Star article at 2 p.m. 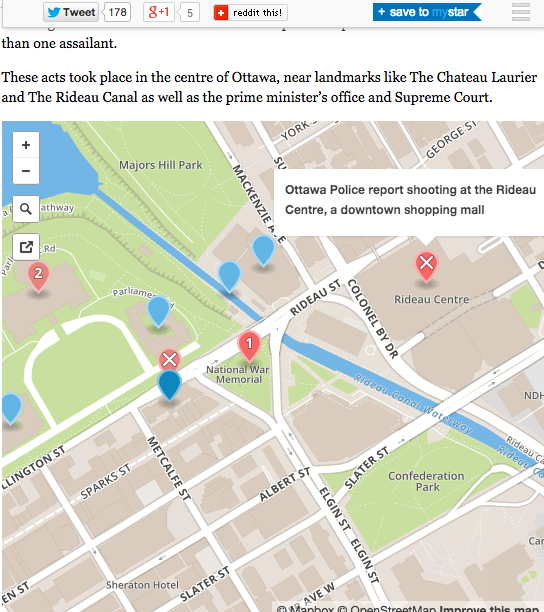 The Ottawa Police Department later cleared that up: 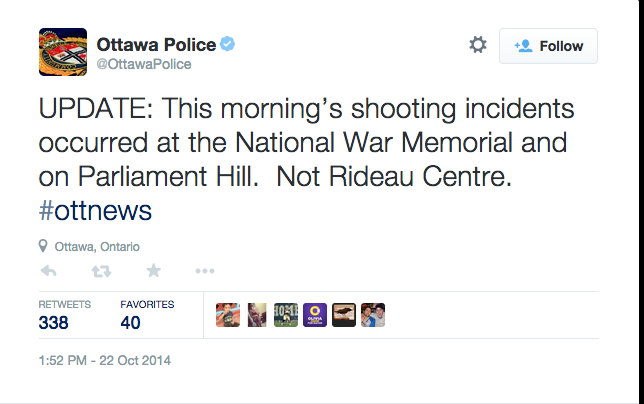 Around the same time, CTV claimed Cpl. Nathan Cirillo was alive while a headline by The New York Times stated he had been killed. Later that afternoon, it was confirmed Cirillo had died as a result of gunshot injuries. 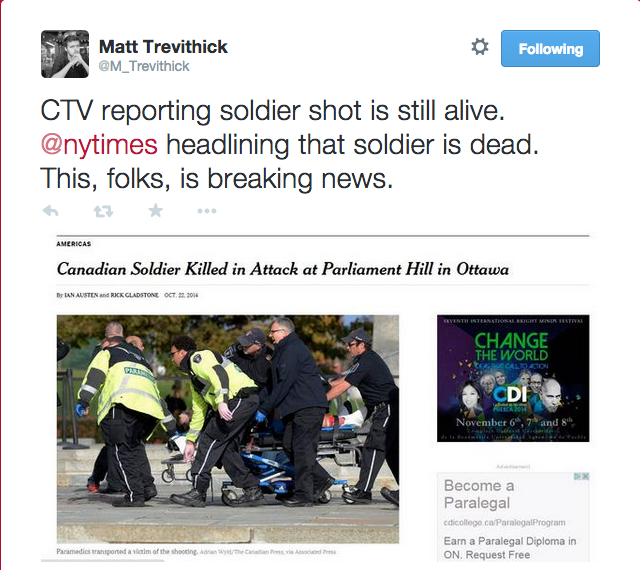 At one point, Sun News claimed there were five shooters. The number of shooters has yet to be confirmed.

And as we’ve seen before, CNN wrongly reported that the Canadian embassy in Washington, D.C. was on lockdown: 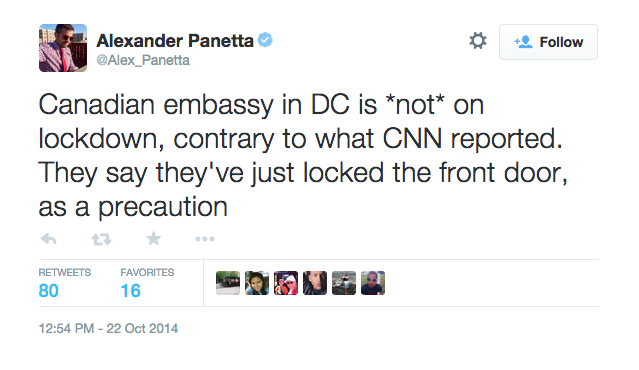 With so many different aspects of a story like this being circulated, it can be difficult to discern fact from rumour. Last year, On The Media created a tip sheet for breaking news that could come in handy: 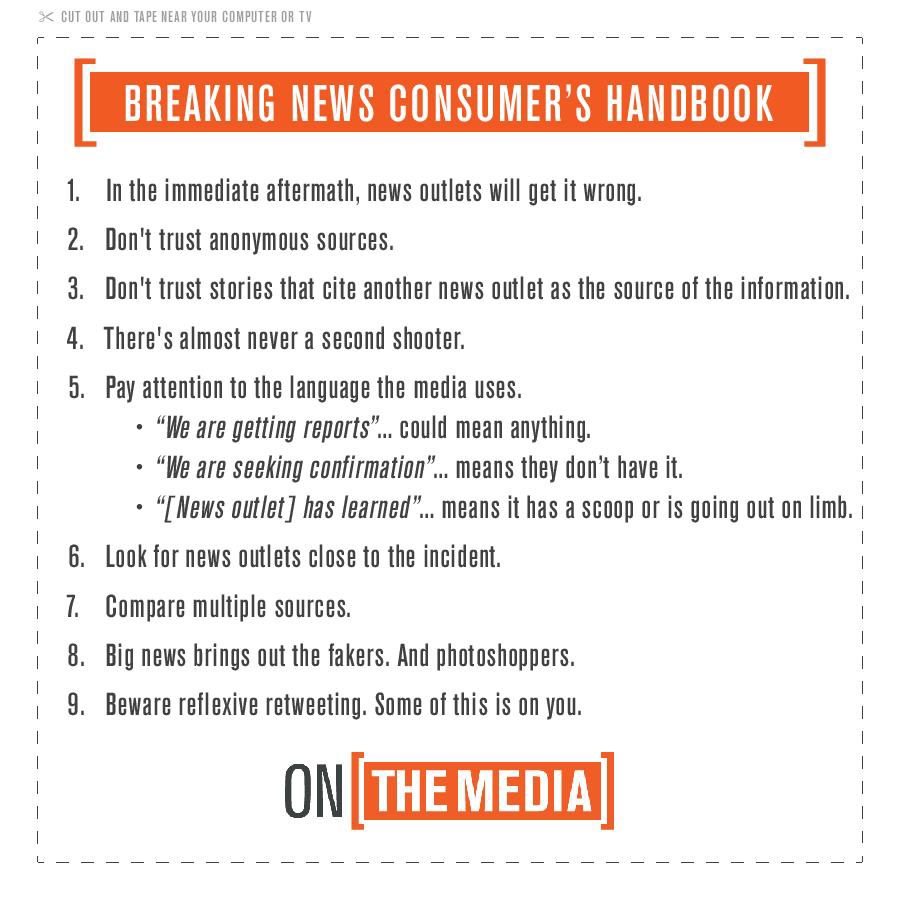 But if a story’s unfolding too quickly to go through the list above, just follow Kady O’Malley’s lead: 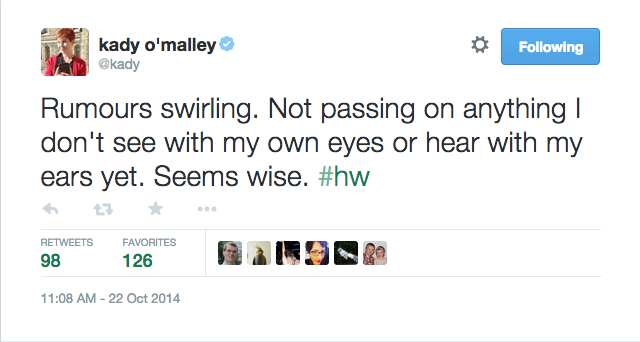