We Are Not The Virus

Aliya Pabani and Allie Graham on how their four-part audio-doc counters the…
Total
0
Shares
Share 0
Tweet 0
Pin it 0
Published on August 20, 2021

On March 19, the City of Toronto posted notices under Ontario’s Trespass to Property Act, which warned unhoused people to vacate city parks by April 6 and move to the Novotel on 45 The Esplanade. The action was part of the city’s new program, Pathway Inside, which aims to move all residents from four priority encampments, Moss Park, Alexandra Park, Trinity Bellwoods and Lamport Stadium, to hotel shelters. A City of Toronto notice from October 2020 also noted that conditions in encampments are a significant health and safety concern for “those living outside” and the larger Toronto community. According to the statement, the Ontario Superior Court of Justice “refused to grant an injunction that would have required the City of Toronto to suspend the enforcement of its Parks Bylaw that prohibits camping in City parks during the current pandemic.”

However, housing advocates from the Encampment Support Network (ESN) feel the city’s ongoing efforts did little to address the homelessness crisis and was just an eviction notice for the unhoused people from the four encampments. Temporary solutions like turning the Novotel hotel on 45 Esplanade into a homeless shelter can perpetually displace, which often leads to criminalizing the unhoused. On April 1, the city relaxed its stance by stating that the trespass notice was a means to “guide” people in making alternate housing arrangements like at the shelter hotel. Moreover, because of the recent COVID-19 outbreak at 45 The Esplanade shelter hotel, the Toronto Public Health noted the city couldn’t make referrals at the time.

Aliya Pabani and Allie Graham wanted to counter that narrative, so they set out to produce We Are Not The Virus, the ESN’s four-part audio documentary podcast that centres on the encampments’ residents.

The podcast hosts, Pabani and Graham talked about their audio documentary and how journalists can tell more nuanced stories about the homeless crisis.

Q1: Can you walk me through the initial idea -how did it start?

Aliya Pabani: Simone Schmidt, who is one of the founding members of Encampment Support Network, approached me, as they were a guest on my arts and culture podcast, The Imposter with Canadaland. And they were like, ‘you’re good at interviewing, right? why don’t you make a podcast about this [the issue of unhoused people]?’ The rationale behind the podcast was twofold. There was a real absence of critical reporting on the homeless crisis. It was [more] about creating more complex, nuanced narratives of what’s going on than let’s hear from this unhoused person about their struggles. And now, let’s hear the city’s talking points in response, which was kind of the nature of a lot of the coverage. The other side was that we both found that unhoused people can speak to their situation in very complex and specific ways about what the issues are and how they intersect to result in the conditions they are living in. There hasn’t been a lot of media that has just recognized that fact and approached unhoused people with a genuine desire to learn something. I think just doing that and hearing people speak for themselves and in their voice is very necessary.

Q2: Do you think the legacy media has done a fair job of reporting on homeless issues and the encampment sites?

Allie Graham: We have seen a handful of journalists like the [Toronto] Star’s Victoria Gibson who produced good stories about unhoused people. But overall, Canadian legacy media has failed to portray the unhoused people in humanizing ways. In our experiences, we notice that many unhoused people have so much expertise when it comes to the shelter system, housing programs, the city, the federal and provincial governments. I also think legacy media has failed to produce nuanced storytelling about the complex, multifaceted reality of unhoused people. For example, in recent CBC stories, an unhoused person whom we know of (either talked to, through direct outreach or volunteering with ESN network) with critical and political prowess, who speaks thoughtfully and eloquently, but we hear as a soundbite about the “bad thing” that happened to them. In the visual media that we consistently see, there’s a failure to showcase empathy for unhoused people. We see numerous accounts of photo essays like the one produced by the Star’s René Johnston, where we just see the tents instead of people living in them. Whereas, someone like Jeff Bierk (a Toronto photographer and an ESN volunteer) does a tremendous job to humanize and give a platform to people living in encampments. As a whole, the Canadian legacy media’s failure lies in creating a narrative that suggests pity, woe or intimidation. It is always like, ‘what it’s like to be this person,’ or ‘shouldn’t we feel bad for this person? or get scared, and nimbyism.

AP: There hasn’t been enough media coverage that recognizes or approaches unhoused people with the genuine desire to learn something. Hearing people speaking for themselves and speaking in their voice is necessary. We think about unhoused people as a mythological category of people in society, but they are just people with different experiences. People think unhoused people are an inevitability and especially in a pandemic. Many housed people are without homes because the government has refused to stop evictions, and as a result, they end up on the street. Like, that’s the reality of our society. That’s for no fault of their own, the poorest people have lost the most, and we’re not doing anything sufficient to remedy that.

Q3: Considering that we are in the throes of the third wave of COVID-19, and with the city’s new notice of trespass to those in encampment tents to vacate the parks, where would they go?

AG: The notice of trespass to anyone living in major and minor encampments cities across Toronto suggests they either need to take the city’s offer and take up a room in the sheltered hotel at the Novotel at 45 Esplanade, be fined, or moved by force. So, it makes it illegal for unhoused people to live in the park between 12:01 am to 5:30 am. Where would they go? People would have different answers for this; some move to another park, others find somewhere less public and more isolated. Some might even take a room if they don’t feel good about their current situation outside. But we’re also seeing that people going into the shelter hotels are also coming back into encampments. So, it is very much a temporary solution that does not work for everyone, which people in encampments have been decrying. So there are a plethora of reasons why people don’t like being in city-run spaces. Also, now they risk getting COVID-19 or other illnesses, which has been a part of this shelter system for decades.

AP: By providing temporary measures, the city risks making unhoused people feel unwelcome like they can take the space that makes them feel safe, where they can be close to their services around the community.

AG: The city should come up with permanent solutions like giving people apartments, substantial rent subsidies, which we’ve seen done before by the City of Toronto. But the city officials keep asking people to move over and over and over again. So it is just a continual displacement.

Q4: You have named the episodes after the four elements, can I ask what was the inspiration behind each name and how does it reflect each episode?

AP: It was a happy accident in a way because the elements served as a really interesting conceit. We use it as a metaphor for talking through many of the facets of this story. The conversation started around water when we were producing the first episode at Moss Park, which highlighted the absence of water for the unhoused people during the first COVID-19 wave in July. The other aspect was, the four elements remind us that these struggles are fundamentally related to land and Earth. One thing that happened in the process of making the podcast was we met a group called This Way Up, a collective that provides food and other art-based activities to unhoused people, and they have experienced being unhoused as well themselves. They had set up camp around the Gardiner area and divided their youth camp based on the elements. So, the people who were in the water element ensured that water was readily available. Those in the fire made sure the fire kept going during the winter seasons. I just found that interesting. They use it as an organizing principle as those elements are integral for survival.

AG: In terms of how it relates to the episodes, it organically provides a structure. We’re working on the fire episode right now, and it has become a guiding idea. It informs how we are making this episode. The elements are tied structurally to these issues.

AP: One of the vital aspects of the elements is that in the summer, water was essential. And then as November came around, there were a lot of frantic preparations for winter, a lot of wind-like motion, a sense of uncertainty. And then fires started happening as the weather got colder. And now Earth is the next and final episode. And we’re just witnessing the spring bloom. So, it kind of maps on pretty well to the seasons.

Q5: When can the audience expect the next episode and when would it be made public?

AG: Right now, we are hoping to publish  Fire in spring. In the episode, we would speak to Khaleel Seivwright and the importance of tiny shelters. We will be talking about the trespassing notice issued on March 19 and the city’s ongoing attempt to displace the unhoused population. We will also delve into the history of fire safety in encampment sites. In the Earth episode, we will explore people’s relationship to the land and its significance to the displaced people.
You can listen to Wind and Water, two of the episodes from the four-part series, We Are Not the Virus here. 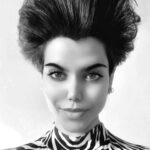 Sarah A.Samuel is a second-year Master of Journalism student. She is also a freelancer at CTV News—Toronto and a teaching assistant with the Ryerson School of Journalism. Previously, Sarah has written for the Oshawa Express, fact-checked for Rogers TV Durham, and interned at 680 News Toronto. She holds an undergraduate honours degree from the Ontario Tech University in Communications and Digital Media Studies and an advanced diploma in Print and Broadcast Journalism from Durham College.

With one foot in academics and the other in design, Sarah brings three years of publishing and design experience from her time working as a design team lead, reporter, and photographer at The Chronicle. She unwinds by making short and sweet Instagram stories about her home décor and photography.