Hed: (n) Newsroom jargon for headlines Headlines are tricky. They have to…
Total
0
Shares
Share 0
Tweet 0
Pin it 0 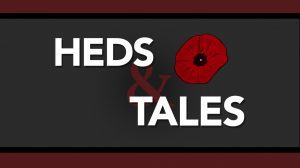 Just before World War II, Prime Minister William Lyon Mackenzie King promised he would not introduce conscription if war broke out again in Europe, partly to satisfy anti-conscription sentiment in Quebec. When war did break out, the National Resources Mobilization Act of 1940 allowed the government to position men and women in domestic positions necessary for wartime production, but overseas conscription was still off the table.

But as the war continued, the opposition began pressuring King to introduce conscription. On April 27 1942, a plebiscite was held on the question of conscription. In Quebec, 72.9 per cent of residents voted “no” while in other provinces, 80 per cent voted “yes”.

By the end of the war, conscription did take place, though very few conscripts actually entered in combat in Europe.

In the Times, author P.J. Philip insisted that holding a plebiscite should not instill any doubt in Canada’s commitment to the war effort. In fact, Philip says Canada has “far outgrown what anyone believed she should or could do,” affirming his vision of Canada as a keyplayer in the war. Philip correctly predicts that many French-Canadians will express opposition to conscription.

Three days later, the Spectator covered the outcome of the referendum, praising the majority of Canadians who voted ‘yes’ to “muster all the resources of the Dominion and wage total war.” Unsurprisingly, the article criticizes Quebec for its lack of support for conscription and its lack of “faith” in the Dominion’s war efforts. French-Canadians were viewed as divisive for taking this stance.

Although the Globe’s piece was published before the plebiscite’s result, it echoes a similar sentiment to the Spectator. Supporting conscription was viewed by many as analogous to supporting the war effort. Those who were pro-conscription saw it as a necessary step to facilitate Canada’s continued presence in Europe.

As the headlines demonstrate, the issue of conscription left French and English Canada deeply divided.