It’s 8:51 p.m. in Athens, just minutes before the decision on whether Greece should accept financial help from the rest of Europe will be announced. A cell phone captures footage of the crowds gathered outside the parliament building—some hold signs with the words “no, ox!” printed in bold black letters; others carry brightly-coloured flags that say “nai” (yes).

Nine minutes later, cheers erupt and Greek flags are waved in the air: the majority voted “no.” While many people read about the result of the Greek bailout referendum in the headlines the following day, Snapchat users from all corners of the world were able to experience it as it happened from the people who were there.

In recent years, a lot has been said about citizen journalism. The digital world has seen, and will continue to see, a rise in the number of distribution platforms available—making it easier for everyday people to report on stories in ways that were traditionally only done by journalists. Snapchat, a picture and video messaging app formerly used to exchange questionable selfies, has recently evolved as a storytelling tool and a reporting outlet.

With the introduction of a new “Our Story” feature earlier this year, Snapchat aimed to “build a storytelling format that puts the narrative first.” Footage is submitted by users and stitched together by editors, resembling a kind of live broadcast that isn’t typical of news outlets. Instead of being told through a single voice, these stories represent new perspectives.

The ability to easily document and share what’s going on in the world helps create a better sense of understanding. Drawing upward of 20 million views every day, Snapchat has expanded its platform to include coverage of festivals, sporting events, cultural practices and news. In July, Ramadan prayers in Mecca were live streamed after 100 million Muslims made the annual pilgrimage to the city in Saudi Arabia. TIME magazine wrote that the coverage was applauded because it shed a positive light on the event, changing the “negative global narrative surrounding Islam.”

Following the death of nine people in the South Carolina church shooting last June, Snapchat created a “Charleston Strong” live story. People expressed messages of love, support and grief—one snap showed scenes from outside the church, another showed a mourner carrying a flower for each victim.

Snapchat spokeswoman Shannon Kelly told the Washington Post that what they’re doing is all about community storytelling. In a time when news outlets can’t necessarily afford to have reporters stationed everywhere all the time, it’s never been more important to utilize the capabilities of individuals and their smartphones. Snapchat isn’t just telling stories—they’re connecting people through one of the most powerful storytelling tools: other people. 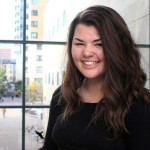