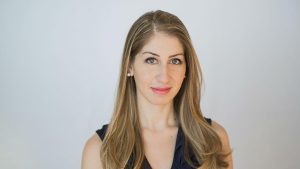 In November 2016, Robyn Urback, a former National Post columnist and RRJ alumni, was brought on as the CBC’s first producer of opinions and columns. The RRJ’s Justin Dallaire spoke with her about the broadcaster’s foray into opinion journalism.

Dallaire: While you were a journalism student at Ryerson, you wrote in Maclean’s that there were some key elements you’d need to survive in the industry: “a thick skin, some talent, a lot of luck, and a rich spouse.” To which of these do you attribute your success?

Urback: Mostly luck, I guess. I mean, I’m still working on some of the other ones. Honestly, I’ve had the incredible good fortune of meeting the right people at the right time and being available when opportunities come up. A lot of it has been, I hate to say, coincidence. Knowing the right people and seizing those opportunities as they come up. Sometimes I look at where I am, and I think, how the hell did I get here? [Luck’s] something that can really make or break your career, unfortunately. There’s not a lot you can do about that.

Dallaire: It’s interesting that you started work almost immediately as a columnist, because I feel like that’s even more rare.

Urback: Yeah, the people at the National Post when I first got the job there—I was 24, I believe—part of me was thinking, who are these dolts that would give me a spot on the editorial board? It was Jonathan Kay at the time. . . to his credit, when I interviewed for the job he took a huge risk on me, and I’m eternally grateful for the fact that he did that. I didn’t know what the hell [was] going through his mind to give me that job, but he just sort of thought, hey, if you have good ideas and can write good pieces, I don’t care how old you are, or where you come from, or whatever it is. If you can do the job, great. And if you can’t, we’ll part ways. Fortunately it worked out.

Urback: Conrad Black and Rex Murphy and a lot of the Saturday columnists don’t actually work out of the newsroom. They were kind of these figures that were emailing their columns on Friday afternoons. They weren’t physically there. The people that I was working with at the time were—Jonathan Kay was there, Chris Selley, Matt Gurney, Jesse Kline. I think I was the only female person on the editorial board; I can’t really remember. But honestly, it was great. It was a fantastic work environment. I know that people in the industry, whatever feelings they have about the National Post, [that it] seems like this big, bad, scary place with a bunch of gargoyles who are very set in their ways, and they’ll eat you alive. But I found it so welcoming, and easy, and everybody was very kind and willing to help out.

Dallaire: Now that you’re the producer of opinion and columns at CBC, where do you see that section fitting into the CBC’s mandate?

Urback: There was a lot of chatter that came up when the opinion section was first announced, and understandably so. I know a lot of people are saying, how does this fit into CBC’s mandate to deliver important news to Canadians . . . is this really something the CBC needs to be doing? To that I would say, first of all, the CBC has been doing opinion forever. It has never really done it in this capacity, having a dedicated spot for national interest opinion pieces on the homepage. But Rex Murphy has been doing opinion forever, and the regions at CBC have been doing opinion for years. This is just sort of a new way of packaging it, for the most part. So I understand the reticence. It looks like something completely new, and it looks like it’s going way beyond the CBC’s mandate, but in a way it’s just sort of doing it . . . a little bit differently than it was being done before.

Dallaire: With all the opinion and commentary that is available for free online, whether it’s through Twitter, Medium, or Huffington Post, why should people pay for CBC opinions?

Urback: I can’t ignore the fact that I have a vested interest in this. Beyond that, I was in newspapers four months ago, so I can say firsthand that the opinion sections at legacy papers don’t exist the way they used to even two or three years ago. I was there seeing firsthand how opinion sections were losing not just people but money and resources and even space in the paper. It used to be that there were several pages in the paper dedicated to opinion every single day. Over the few years that I was at the National Post, for example, it was slowly disappearing. So the idea that there is this glut of great, nuanced, well-researched opinion, that we sort of have an oversupply—first of all, I would say that I don’t think there is such a thing as an oversupply—but second of all, . . . [opinion] isn’t available to us in the same way it used to be. Now, of course, we have these other places, the Huffington Post, et cetera, [that] are coming up with their own opinion, and that’s great. I don’t think there’s such a thing as too much.

Dallaire: In an era of increased partisanship and ‘alternative facts,’ has the role of opinion journalism changed, and how so?

Urback: In a sense, the way we’ve consumed news has changed. I think there’s a greater role for opinion just from the fact that we have so much information available to us at any given time. And some people are going straight to the opinion. They’re not going through the new sources and reading the facts and then going to opinion. We’re running around, we’re looking at our phones, and oftentimes, the only information we’re getting is the opinion. Because of that, it’s so much more important that what’s in those pieces is backed up with facts and analysis and research and all of those other really important things. I think it’s also important that opinion be labeled as such, which is something that we’re trying to do as much as possible at the CBC, without beating people over the head about it.

Dallaire: What do you look for in a new opinion writer?

Urback: I’m looking for people who can write really strong, clear, nuanced, well-researched opinion pieces that can get people talking and who aren’t afraid to take strong positions. . . I want to get people who live all across the country, come from different backgrounds, different ages, different career backgrounds. . . They don’t necessarily have to have a journalism background. We run pieces by doctors writing about healthcare or people who have worked as volunteers with refugees writing about the refugee integration process on the West coast. What I look for, first and foremost, is good writing or the potential for good writing. And everything else is an added bonus.
This interview was condensed and edited for clarity.