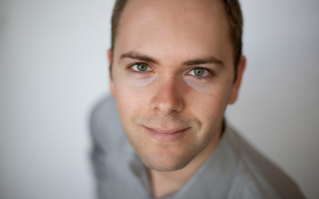 As the world prepares to welcome a new President, the RRJ’s Dylan Freeman-Grist caught up with the Toronto Star‘s Washington correspondent, Daniel Dale.

DFG:  You’ve become known as one of the most prominent fact-checkers of Trump. Can you talk about your decision to begin focusing on him?

DD: Yeah it was mid-September during the campaign and Trump had one of those especially outrageous days where he just said and did such an unusually large number of things that don’t usually happen in a presidential campaign. So I made a list of as many of them as I could track because I thought the only way to convey the totality of the strangeness was to list it all.

So I did that and then in the coming days he just kept saying such a large number of things that weren’t true. I was frustrated that while these claims were being fact-checked on reporters’ individual Twitter accounts and while there were dedicated fact-checkers and fact-checking websites, they weren’t really making their way into most of the news coverage.

It was just treated as a side show. I thought when a presidential candidate is saying this many false things that’s a central story, that’s not a side show. So I thought someone should put this front and centre so that’s when I decided to go forward with it.

DFG: Was it disheartening to see a presidential candidate who was fact-checked so often and found incorrect so often ascend to the presidency?

DD: You know the point of it was never to make him lose—especially as a Canadian reporter, I had no idea it would take off at all. I never expected as a Toronto Star correspondent in Washington to have any influence and I think all of us reporters understand that some voters are not attuned to day-to-day fact-checking.

America is hyper partisan so a lot of people will vote for their party candidate no matter how many false things they say. We also know that a lot of people don’t care as much as reporters or other people do—they have an identity-based or policy-based reason to support and they don’t care if he’s getting things wrong a lot. So, while [I] was surprised he won, I didn’t take it as a personal rejection or a rejection of fact-checking. There are a lot of reasons that went into it.

DFG: You were recognized by Politico as a breakout media star. What was that like?

DFG: Have there been any shifts in your reporting since Trump became the President-elect as opposed to just a candidate?

DD: The shift hasn’t been between my campaign reporting and my current reporting it’s been a shift between what I expected to be doing now to what I am doing now. I thought Clinton would win. I thought I’d cover her administration but it wouldn’t necessarily be the primary focus of what I did in Washington.

I’m not a White House reporter. I’m supposed to cover America more broadly so I thought I’d be traveling around doing various stories but now it’s all Trump. It’s all Trump all the time; it’s the biggest story in the world so my focus is much more focused on the White House and the President than I thought it would be.

DFG: On Twitter you expressed frustration at the media during Trump’s January 11 press conference. I was wondering if you could expand on that a bit more.

DD: You know it’s a tough environment, it’s chaotic, there are tons of reporters with different motives from different outlets. I just get frustrated that so many of the questions are so broad and open ended and imprecise and there are so many multi-part questions and all of those things give a character like Trump, any politician but especially one like Trump, such an opening to just talk nonsense or talk in very broad strokes that aren’t very useful.

I think someone who makes so many false claims—and about whom there are so many specific questions of fact, really needs to be asked questions more directly and precisely if these press conferences are really going to be useful.

We saw this behaviour in Toronto too – rival media highly reluctant to take a principled stand for a shunned outlet. https://t.co/72OBYS1pMB

DFG: Speaking of that press conference I know Trump refused to take a question from CNN. How do you think journalists should respond to things like this?

DD: I think from a political perspective it’s a strategic thing for him—it allows him to delegitimize that outlet’s reporting. It allows him to avoid tough questions and it allows him to [go] to the press which a lot of supporters like. I think it’s outrageous and I think the rest of the media shouldn’t and can’t tolerate it. The room should go silent until that targeted reporter is allowed to ask his question. If that’s not what’s happening someone else should ask the question. The press should not allow the president to shun particular outlets or reporters because he doesn’t like their reporting—there should be much more solidarity than we see.

DFG: Do you see any parallels between what’s going on in Washington and what the Rob Ford era was in Toronto?

DD: Yeah there are lot of similarities all the time. I think there are a ton of differences between the two men and they grew increasingly divergent as the Trump campaign proceeded and emphasized bigotry and so on. But yes, on a day like [January 11] when Trump was shunning the CNN reporter, that was very reminiscent of how the mayor treated me and my colleagues. Sometimes even he would just look away when we asked a question in a scrum and he’d say, “Does anyone else have a question?” There are little moments where it’s like, “This is happening again.” This is exactly what we saw in 2013-2012 so it’s really eerie sometimes.

DFG: What’s next for the Washington bureau?

DD: I don’t want to be covering the White House all the time because I’m not a White House reporter so I’m going to look to find other interesting stories. I’ve written about segregation in in Milwaukee, the heroin problem in Massachusetts, Obamacare in Mississippi so I want to continue to get out of the city here and write about other places in America, but for many months there is no escaping Trump. This is the story and this is where everyone is focused so I’ll be here.