1/20 A stream of consciousness linked by a vertical catalogue system, numbered from first to last point—this is a Twitter thread, the modern-day vessel for sharing thoughts in the form of a story.

2/20 In the past politically charged year, threads have grown in popularity and are being used by politicians, academics, celebrities, and pretty much anyone who wants to rant about Donald Trump. Journalists, a special breed of Twitter user, are known for formulating arguments within the 280-character boundary and linking one thought to another in a series of tweets.

3/20 It’s easy. You announce to the Twittersphere that you’re about to lay down some crazy insights. You label it “THREAD.” Then, it begins.

4/20 Elamin Abdelmahmoud, a BuzzFeed Canada news editor, discussed male identity and masculinity in a thread in February. The thread responded to a Chatelaine story and survey titled “What’s it like to be a man in 2018?”

5/20 “I’m grateful for @Chatelaine for this thorough jumping-off point into a necessary conversation about masculinity. We gotta use it though. A thread:”

6/20 He used statistics to back up his tweets, referencing polls from the article.

8/20 “But Brad has work-life balance and contributes to his RRSP. Also Brad is a figment of your imagination.”

9/20 Like any form of writing there’s anger and hatred from opposing voices in thread replies.

10/20 Abdelmahmoud said since his thread went live, he received tweets telling him “it’s unmanly to talk about mental health,” that “masculinity is fine, just ruined by feminism,” and he also received a “DM instructing [him] to cut off [his] dick.” Despite the hatred he received, he completed his thread, ending it with “Okay, fin.”

12/20 The five-part thread began with the facts. In a time when news travels at lightning speed, it’s impossible to cover it all with proper attention.

13/20 “I started the week intent on doing a follow-up piece related to the [White House] sacking of its presumptive nominee for ambassador to South Korea,” he wrote, although he ended up pitching other stories as new events unfolded that week.

14/20 “And then the Florida shooting happened,” he continued. “The very next day the WH torpedoed the bipartisan DACA bill. Today I followed up on that with a lengthy enterprise story—but it was bumped out of print by Russia indictments.”

15/20 Are all threads solid and accurate forms of journalism? Likely not. Like any other social media site, they can be used to push political agendas.

16/20 Daniella Zalcman, a Pulitzer Center on Crisis Reporting grantee, wants Twitter threads to be used for good. She gained national attention for her 16-tweet thread about the gender divide in the workplace.

17/20 “We’re in a complicated, tense time right now for our industry,” she wrote. “We’re going to have to have a lot of very uncomfortable conversations if we want to move forward.” Her thread was sparked by the storm of allegations of sexual assault in the media after #MeToo.

18/20 She called out men saying, “We need you to be on our side.” Zalcman explained that not only is it wrong to “touch your colleagues’ breasts, butts, genitalia, upper thighs, waists, etc.,” but about a bigger conversation on power imbalances in newsrooms and how consent doesn’t immediately justify the act. The thread received hundreds of retweets, likes, and comments.

19/20 It was called “The thread of all threads” by one commenter. “The thread that shouldn’t even have to be a thread, but here we are, teaching men in the journalism industry with inflated egos how to be decent human beings.”

20/20 Though threads aren’t perfect, they’re emerging as powerful tools that give journalists a chance to share their views, inform audiences, and directly engage readers. Okay, fin. 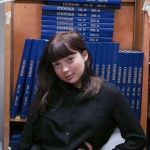