Portrait of a Journalist: Rachel Pulfer

It’s difficult for most adults to recall their seventh birthday. But for…
Total
9
Shares
Share 9
Tweet 0
Pin it 0

It’s difficult for most adults to recall their seventh birthday. But for Rachel Pulfer, now 42, who grew up in southern Africa during the apartheid era, the memory is quite clear.

It was 1982 in Lesotho—a landlocked nation surrounded by South Africa. Pulfer had wanted to take three of her closest friends for an out-of-country excursion to Ladybrand, a small rural town in South Africa. There was one issue: Pulfer was white, her friends black. Due to racial segregation in South Africa at the time, the law did not permit Pulfer and her friends to socialize together in Ladybrand.

This was a pivotal moment for Pulfer, who would later embark on a journalism career before arriving where she is now, at Journalists for Human Rights (JHR), a media development organization focused on human rights stories, as its executive director.

In a time when divisions on the basis of race and religion are a growing part of our global reality, Pulfer’s voice is an important one.

“I think it was just a part of becoming very conscious, at a very early age, of the racial divide in our society and how it creates this massive inequality,” Pulfer said. “The most confusing [and] bizarre part of all was that it was legal. It was being enforced by this racist state, in this completely bizarre way that created these unnatural divisions—it was completely incomprehensible.”

The fear of that incomprehensible reality is what pushes Pulfer at JHR, which works with journalists to ensure human rights stories get the space they deserve focusing on a handful of places like Jordan, the Democratic Republic of Congo and South Africa overseas, and in Manitoba, Saskatchewan and Northern Ontario in Canada. In keeping with this mission, the organization launched a two-year pilot project in Syria in February. Syria is currently ranked 156th in the world on the 2014 Human Freedom Index and 177th internationally on the 2017 World Press Freedom Index.  Called “Strengthening an Independent Syrian Media Sector,” it works with Syrian journalists to help build their skills, support independent local media and help them become sustainable businesses.

“We’ve had a lot of traction,” Pulfer said of the the two-year pilot project that launched back in February. “We have been sending over executive-level trainers to work with our media partners.” According to JHR’s 2016 annual report, JHR will train 60 journalists, 20 media managers and publish 100 human rights stories. For some aspiring journalists in that region, this program could offer them their start in the industry.

Pulfer, herself, started out as a “rookie reporter” at the Montreal Gazette in 1999.

“The one thing that I would say is very special about Rachel is her background. She grew up all over the world [and] that has given her a perspective that’s very enriched,” said Catherine Osborne, the editor at Azure Magazine—where Pulfer was a contributing editor from 2009 to 2016—and who has known Pulfer for 14 years. “She approaches aesthetics with the same sort of passion as she does a business story, or a story on human rights [and] human-related issues.”

Pulfer joined JHR in 2010, becoming the executive director in October 2011. In her time with the organization so far, JHR has won three awards for its work to improve media coverage in Canada and abroad. Most notably, JHR won the 2013 Canadian Ethnic Media Association’s Innovation Award for its Indigenous Reporters Program—a development initiative aimed at creating opportunities for Indigenous people to seek out careers in media, and to better train and inform non-Indigenous journalists on how to properly report on Indigenous issues.

At its core, JHR—and by extension, Pulfer—not only empowers “journalists to cover human rights stories objectively and effectively,” as the organization’s website states, but also to champion the profession as a whole.

It’s through what Osborne said is Pulfer’s “all inclusive way of thinking” that she looks at the broader positive implications of journalism—to inform individuals, to give voice to the voiceless and to hold power to account. 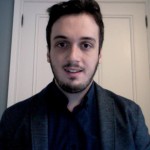