How three student publications managed to adapt during a pandemic.

The pandemic has forced journalism organizations to find creative ways to communicate information, and student publications are no exception. In-person conversations have now turned into Slack messages and lectures replaced with Zoom squares. As a result of COVID-19, students have been pushed off-campus, making it difficult for them to report on school-related issues. Despite this disruption of regular reporting practices for student publications, many have found ways to pivot and continue publishing under the circumstances.

In pre-pandemic life, this radio show was a weekly, 90-minute live broadcast produced by students in Carleton’s School of Journalism. This year, the students weren’t able to use the ensuite recording studios, so—you guessed it—they had to switch things up. Students rotated between several roles such as a host, podcast producer, and documentary filmmaker. This versatility allowed the students to learn different methods of contributing to a publication and use their knowledge to produce three 20-minute podcasts every week. Dave Tait, the Midweek instructor and executive producer, reconstructed the physical studio area using virtual breakout rooms.

When it came to storytelling, Tait says it was “a question of adjusting expectations and methods.” Typically, students aren’t encouraged to interview family members and friends for stories, but the pandemic has made it difficult for some to reach out to sources. Being able to talk to a family member while making dinner, for example, the students still had the opportunity to watch a scene unfold, collect background sounds and explore a story that was interesting to others, he says. “The journalist was turning the journalistic skills into their own lives and discovering things they might never have [otherwise].”

Natasha Bulowski, a fourth-year undergraduate journalism student and podcast producer for Midweek, had to turn her home into a recording studio. Doing everything remotely was difficult, especially when working with a group, but it also had its upsides. It gave everyone a chance to produce different stories, Bulowski says. “Because we weren’t producing the same story, it was easier to get high-quality content for our pieces.”

Conducting interviews on Zoom naturally presented a few technological challenges. Bulowski’s biggest difficulty was not having her interview questions recorded; she had to adapt and do things slightly differently. In the beginning, Bulowski was worried about generating story ideas, but she now says that should have been the least of her concerns. “I was able to get stories that I would have wanted to pursue if the class was formatted in person. I got a lot of really good material.”

Raylene Lung, a second-year master of journalism student and podcast producer and reporter for Midweek, also learned how to construct an audio story entirely from her apartment, which was a valuable yet complex situation, she says. “I had to set up quite an intricate contraption with my audio equipment in order to make sure that I got the best sounding audio from myself and my interviewees.” Lung also asked her subjects to collect ambient sounds such as background noise, sound effects, and instrumental music for her podcast, something she was never able to do from her home before.

Conducting interviews over the phone and Zoom also gave Lung more opportunities to talk to sources outside of Ottawa. “That changed the way I thought about stories,” she says. “The pandemic forced me to think outside of the box and to pursue stories I thought might have been more difficult.”

This annual publication puts out a volume with a different theme every year. Due to the pandemic, the publication decided not to release an edition in 2020. Instead, they’ve utilized the theme ‘Elevated’ from 2020 for their 2021 publication. Christine Tomiak, one of two managing editors for the publication, said the inspiration behind the theme was centred around how the publication’s contributors perceive being ‘elevated’ and how they navigate the pandemic by sharing stories through a unique lens.

The challenge of producing a physical publication this year caused Headlight Anthology to move online. “That comes with a lot of positives,” Tomiak says. “We can have more visual art content displayed. In ways, that’s a bit easier in an online format.” But going online is only temporary for Headlight Anthology. They prefer to have a physical publication, as they feel it’s important for the writers and artists to have their work published that way. Having said that, they’re hoping for an opportunity to expand in the future and have the best of both worlds.

As with most changes, there are ups and downs. Trying to figure out how to produce an online publication this year was a challenge for them because they can’t have an in-person launch event to sell their copies. “We will have an online launch in June, but it is difficult knowing we won’t be able to have a physical one,” says Tomiak. The precariousness of the pandemic drove students to question whether they wanted to publish at all. It was a difficult decision to gauge whether students were willing to give their time and energy to it, says Tomiak. Although it took a lot more effort on an individual level this year, Tomiak and the team are happy with the decision.

The Signal is a local, online publication which covers stories for the Halifax area. Emily McRae, a fourth-year undergraduate journalism student and reporter at The Signal, didn’t get the chance to do any in-person interviews this year. She recalls being asked to shadow someone and having to write a profile on them. Unfortunately, this had to be done over FaceTime and Zoom, as the source took McRae through a virtual day in their life. “It was kind of difficult to write…over 3,000 words on somebody’s daily life when I didn’t ever meet him in person,” she says.

One of the many things The Signal will adopt from this experience is more versatile forms of storytelling, such as podcasts. A lot of the interviews done over the phone were of higher quality, according to McRae. And although the quality of the publication didn’t suffer, burnout was a problem amongst students. Not having the separation of going to school and coming home made many students feel like they should be constantly working. Despite that, she thinks the quantity of work in the publication went up during the pandemic, and they were able to produce a publication of the same quality if not better. Since students didn’t have to spend time commuting to interviews, they were able to put out more content. “I felt more motivated to produce better work,” says McRae.

As most of us in J-School can attest, the last year has been a challenge—but those challenges have spawned new innovations and arguably improved how we interact with each other. Student publications had to birth new and creative ways to execute their visions and deliver a quality final product despite limited resources. Through consistent communication, adaptation and rigorous problem-solving, a new norm emerged, and the general consensus is that it made for better work. “It really does come down to people just talking to each other,” said Carleton’s Tait. 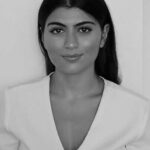 Interested in the lifestyle and digital aspects of journalism, Leen holds an undergrad degree in communications from the University of Toronto and a certificate in graphic design from Sheridan College. In her short time at Ryerson University, she has developed a great interest in podcasting and has produced two of her own. She has previously interned for The Kit which sparked a newfound interest in lifestyle journalism. Leen has an affinity for health and wellness and has recently launched her own YouTube channel. You can also find her online at @leenblaileh on Instagram and Twitter.