Annette Bazira-Okafor (back) with some of the girls from Black Girls Magazine.…
Total
0
Shares
Share 0
Tweet 0
Pin it 0

Huddled in the “Teen Room” at a library in Malton, eight young girls prepare to discuss the origins of Black Girls Magazine, written for and by black girls.

A few girls—with the help of Annette Bazira-Okafor, mother of one of the writers—created the biannual publication in 2016. The magazine includes illustrations and cartoons, and a variety of articles based on the writers’ real-life experiences, such as school life, fashion, family trips, and more. When it first started, the contributors ranged from as young as eight to 14 years old.

Black Girls Magazine is not the first of its kind. Others have taken it upon themselves to make a change, instead of waiting for mainstream media to catch up. For those who feel underrepresented or misrepresented by mainstream media, going independent can be the key to getting their stories told and their voices heard.

“We can challenge other magazines to do better, or we can just do better,” said Sheila Sampath, the editorial and art director of Shameless, a feminist magazine for young women and trans teens, that was formed in 2004.

“We all remembered being told what is normal through the pages of teen magazines,” said Sampath. “We all remember the alienation we felt from that from being queer, or racialized, or fat, or disabled. Anything other than straight, white, middle class, hetero. That’s a part of why we started it and that’s a lot of why it’s still going.”

“[Black Girls Magazine] was intended for them specifically, to come up with the stuff they wanted to do and what they wanted to see,” said Bazira-Okafor, whose house was often the hangout spot for her daughter’s friends. Their first issue was published in June 2016 and their latest issue came out on Dec. 14.

The girls say they got involved in the magazine to share their unique experiences, make a difference, see better representation, and have fun.

It was a hit. “From the very first issue, people started getting interested in the idea,” said Bazira-Okafor. “I think I printed 75 copies, and then I kept printing, and reprinting, and then it kind of just took off.”

Being able to gain a voice and an audience is an important part of the business strategy for these alternative publications. Shameless publishes three times a year—with the latest issue being released this month—but also maintains an ongoing online blog. According to Sampath, being physically able to interrupt a newsstand or bookstore between mainstream publications is really important to the magazine.

“There’s so many amazing and diverse voices online, that you’re kind of already getting this stratification between print and online, and mainstream and alternative voices,” said Sampath. “I think just existing in a climate that’s so hostile to print [and] independent media is a really important act.”

Another publication, ByBlacks, which showcases the black community in Canada, originally formed in 2013 as a directory for black businesses. It has since evolved into an online magazine that includes features on Canadian businesses, profiles, event news, entertainment news, and opinion pieces. It won the Canadian Ethnic Media Association’s award for innovation this year.

“Having worked as a journalist for 10 years, I’m familiar with the different ways that mainstream media covers different communities,” said Camille Dundas, the editor-in-chief of ByBlacks. “I felt like we were either being covered as criminals or we were covered as the extremely successful, good immigrant. But there were all these people in between who wouldn’t necessarily get featured in mainstream media, and so that’s the gap I feel we’re filling.”

Publications focused on identity aren’t exactly new in Canada, Dundas points out. They’ve always helped to bring people together—like Contrast, founded in 1969, which was one of Canada’s oldest newspapers for the black community and Caribbean diaspora.

While independent publishing is easier to start than ever—and more accessible, especially online—the goal remains the same: to give a voice to communities who feel left out of mainstream coverage. So until mainstream media catches up, these publications will find that they still have a void to fill.

“We want to live in a world where we don’t really need a magazine like Shameless to exist,” said Sampath. 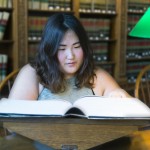