How student journalists and publications are vital to reconciliation

At the Review’s Spring 2021 digital magazine launch, Brandi Morin weighed in on the renaming debate, where Canadian media has failed Indigenous peoples, and how tomorrow’s journalists can pick up the slack

The argument for removing monuments and symbols honouring controversial historical figures has gained significant traction in recent years, as discussions about systemic discrimination bleed further into mainstream conversations. At Ryerson University in Toronto, Indigenous students and community members have called on the university to cut ties to the its namesake, Egerton Ryerson, since 2017. Ryerson is credited with founding public schooling in Ontario, and played a key role in establishing the residential school system that facilitated the cultural genocide of Indigenous peoples in Canada for decades.

After years of back-and-forth, the most substantial action on the issue has been the installation of a plaque beside the statue of Egerton Ryerson on campus that acknowledges his involvement with residential schools. The issue came to a head, in the midst of Black Lives Matter protests against police brutality across Canada and the U.S., which ignited racial reckonings in a number of institutions and industries. After the statue was defaced over the summer, the Ryerson School of Journalism announced its own committee to explore the idea of renaming its school-affiliated publications, student newspaper the Ryersonian and the media criticism publication you’re reading now.

Through a unanimous vote, this year’s Review masthead decided to remove Ryerson’s name from the spring 2021 edition of the magazine, instead publishing temporarily as the [       ] Review of Journalism. On April 27, Review editors learned that the re-naming committee established by the School of Journalism unanimously decided to change the names of both publications; consultations on the new names will follow.

At the April launch of this year’s edition of the Review, titled “Naming, renaming and making a name for yourself,” and hosted in partnership with the Canadian Youth Journalism Project, we invited French, Cree and Iroquois journalist Brandi Morin to speak about the personal, collective and ongoing impacts of the residential school system on Indigenous peoples and the case for renaming.

Morin is a member of the Michel First Nation and was raised in Treaty 6 territory in Alberta, and joined the event digitally from outside of Edmonton. Morin’s work focuses on human rights, justice and Indigenous stories, and has appeared in The New York Times, Al-Jazeera, CBC, Toronto Star, National Observer, APTN and more. In 2019, she won a human rights reporting award from the Canadian Association of Journalists for her work on “Beyond 94,” a CBC project tracking progress on the Truth and Reconciliation Commission of Canada’s calls to action.

Here are five takeaways from Morin’s talk that new and seasoned journalists alike should reflect on when it comes to their responsibility to truth and reconciliation.

Acknowledging that the history and detailed accounts of residential schools present uncomfortable conversations for Canadians across the board, Morin noted that reconciliation has only just begun, and we’re going to be having these conversations for years to come. “There’s a long, long road ahead…with more truths revealed, more uncomfortable, stunning, ugly revelations that we have to digest, understand, resolve, and reconcile together.”

Morin highlighted the ongoing impacts of residential schools and colonial violence on survivors through intergenerational trauma: broken family systems, violence, addictions, and the racist Indian Act still enforced in Canada to this day.

“We are survivors still surviving,” she said.

Most people were kept in the dark about the horrors of the residential school system and cultural genocide of Indigenous peoples until the last decade or so, according to Morin. “These are pretty new conversations for all of us, even me.”

Morin recalled her late grandmother who often spoke of the convent, her fear of nuns and “the Lord,” separation from her brothers, and praying on her knees day and night. It wasn’t until after she passed away that Morin later learned of residential schools and what they entailed. “This was the case for so many of the children and grandchildren of residential school survivors, as well as non-Indigenous Canadians, because we weren’t taught this in our school systems,” she said.

“These truths are very hard to hear, but you cannot get to reconciliation without these truths. And education, of course, is key.”

Along with increased awareness, Morin said she’s seen improvements in media coverage of Indigenous peoples and issues in the past decade, most notably following the release of the Truth and Reconciliation Commission of Canada’s 2015 report and calls to action. However, the process is slow-moving and there are still “droves of people who are ignorant about our country’s history.”

While Morin said Canadian media “has largely failed Indigenous peoples when it comes to coverage, which has been historically filled with discriminatory, stereotypical, racist, and misinformed coverage,” she also acknowledged it is a necessary function to facilitate the path toward reconciliation.

“This is a step-by-step relationship-building program.”

Reflecting on the debate surrounding Ryerson’s namesake, Morin considered what other countries have done with their controversial monuments in regards to genocide and similar situations. In the case of the Holocaust, following the Second World War, the Allied Control Council ordered that Nazi symbols that hadn’t already been destroyed were to be completely demolished, and that any new monuments, memorials or symbols of any kind that commemorated or intended to keep alive the Nazi party were prohibited and declared illegal. Germany would later codify this ban into its criminal code.

Morin also mentioned that some concentration camps were kept as museums and exhibitions, pointing to the idea that leaving the university’s name intact could provide opportunities for education, discussion and awareness of reconciliation. She then invited the audience to self-reflect on what the name really symbolizes.

“When you think about Ryerson, he did some good things too for the mainstream. There’s thousands of students who have benefitted from university,” said Morin. “But now that you know what you know…ponder and ask yourself: what does the name really symbolize? Because to many survivors and Indigenous peoples, it’s upholding the aims of colonialism, assimilation, and the atrocities against their lives.”

When invited for discussion, the audience of high-school student journalists brought up their lack of education on Indigenous history and applied its impacts to their work and current events. Some mentioned the need for better prioritization of Indigenous voices on issues that affect them, and others discussed the privilege of those who dismiss the renaming issue by saying it’s ‘just a name’.

These conversations “shake the very foundations of everything that you’re doing, because this is where you’re enrolled for your education,” Morin said, addressing Ryerson students in the audience. “This is a prestigious university; you’re going to be taking this information and applying it to the world when you go out in the workforce.”

Morin ended the discussion with some advice for prospective journalism students: “This is beneficial for everybody. To have more coverage of Indigenous stories in this country, it’s beneficial for us and for future generations.”

“You are a part of documenting reconciliation, you are a part of this journey as a member of the media, and it’s a really powerful opportunity to make this mark in history.” 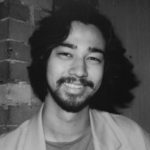 Tyler Griffin is an award-winning journalist and editor based in Toronto, specializing in in-depth reporting and audience development. His writing and reporting focuses primarily on politics, arts, culture and identity, and can be found in VICE, HuffPost, Maclean’s, J-Source and The Eyeopener, where he currently works as an online editor. You can find him finishing up his undergraduate degree at the Ryerson School of Journalism, or perpetually on Twitter at @tylerxgriffin.