Three heat maps with the accompanying titles “Our Sites’ Users,” “Subscribers to Martha Stewart Living” and “Consumers of Furry Pornography” look exactly the same to the untrained eye. The subjects seems to be directly related. But they’re not—maps purporting to show user data or subscribers with multi-coloured blobs are sometimes just regular population density maps.

Digital journalist William Wolfe-Wylie stood in a Bay Street boardroom on November 25 beside these maps delivering a presentation he created for a group of Ontario Public Service employees. He was illustrating one of his biggest pet peeves: infographics with misinformation. “Just because you make a heat map, it doesn’t necessarily mean it’s actually showing what you think it’s showing,” Wolfe-Wylie says. “People fall into that trap all the time.”

Data visualizations, such as graphs and infographics, can help readers better understand concepts in an article, but there are pitfalls. As Alberto Cairo, an assistant professor of journalism at University of Miami and author of a book about infographics, has written, the creation of data visualizations is a stretch for journalists—creators have to think about more than words when it comes to structures, styles and graphic forms. Sometimes, journalists don’t challenge collection methods enough before converting data into a visualization. Because audiences process visual information differently than they do words, charts and graphs can appear more authoritative, making readers trust them. But bias and misinformation can creep in and when this happens, tainted visualizations can look the same as those that aren’t.

The Ontario government asked Wolfe-Wylie to contribute to the panel because of his extensive data journalism career at Sun Media, Postmedia and now at CBC. In his presentation, he discussed the spread of misinformation after the July 2013 Toronto flood. The information about the water levels was wrong, but some journalists trusted the data because it came from an authoritative source—the government. “If you don’t look critically at what it’s measuring and how it’s set up,” he says, “you could be reporting false information to readers.”

As the judge for the infographics category at the Canadian Online Publishing Awards for the last three years, Rabble.ca publisher Kim Elliott has critiqued data journalism in many forms. “The way humans respond to images makes a bigger impression. An infographic sticks in your mind immediately in a way that words don’t necessarily do,” Elliott says. “The concern about bias is very much there.”

While Elliott and Wolfe-Wylie both suggest the data source as the likeliest point for bias or misinformation to seep in, it’s not the only one. Iffat Jokhio, a senior designer at Toronto firm Pivot Design Group, says the different design elements can create problems. For example, she says, red has a negative connotation, whereas green has a positive one. Iffat mentions it all depends on the context of where these colours are used. In western society, these colour associations can be illustrated by the red of a stop sign or the green that signals “go” at a traffic light. When it comes to bar graphs, she says, shading and the thickness of shapes can affect perception as well.

For some journalists, worrying about elements such as colour could be getting too psychological. But Metro News Toronto’s Luke Simcoe knows it’s possible for a designer to manipulate elements on a graph to prove a point. “A graph that lies looks the same as a graph that tells the truth,” he says. “Sometimes you can adjust the X or Y axis so that you’re still telling the truth, but it more clearly conveys the story.” If designers want to illustrate a decline over time, for example, they can adjust an axis to show part of a data set instead of all of it. Messing with the baseline zero, or the number a line graph starts with, can create a more intense dip.

Sometimes this part of the graph is one of the major ways that data visualizations can become misleading, explains Chad Skelton, a reporter at the Vancouver Sun and journalism instructor who teaches data visualizations at Vancouver’s Kwantlen Polytechnic University. An example he shows his students is a line graph of actor Aaron Paul’s Twitter followers before and after his role in Breaking Bad. Official Twitter analytics profile @TwitterData posted a line graph showing only the jump between Paul’s 600,000 followers to just over 750,000. Skelton tweeted back, “Or, less misleadingly:” with his own graph, which started at zero followers and showed a much more gradual increase than the spike Twitter Data plotted. “If you’re doing any kind of chart, the bottom of your chart should be zero,” Skelton says. “If it’s not, then it can really mislead the reader into thinking the difference was more dramatic than it was.”

Who’s responsible for creating infographics varies from news outlet to news outlet. It can be an in-house designer, a freelancer or a member of the art department. Ideally, this role is taken on by a journalist-designer hybrid. At Rabble.ca, Elliott says, several people in different roles create infographics, but she’s considering hiring a person specifically to make them. She says that if a designer without a journalism background makes one, it should be in close collaboration with a reporter.

Wolfe-Wylie, who falls into the hybrid category, says he doesn’t think bias can be completely avoided in any form of journalism. But, he says, a way to ensure a data visualization represents information fairly is to bounce it off others—not only those in the newsroom, but also people from different backgrounds. Wolfe-Wylie thinks this can help push a visualization in a better direction. As visual storytelling becomes more common, journalists need to ensure that they’re keeping pace with ethical standards. “You wouldn’t misquote a person,” Simcoe says. “So don’t misquote the information.” 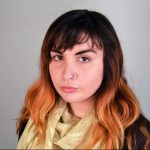 Allison Elkin was the Spring 2015 co-chief copy editor of the RRJ.