After the Dust Settles in Ottawa, Citizen Journalists Reflect on the Pressure They Felt

On Sept. 12, the Ottawa Citizen and Sun staff voted not to strike, accepting their new contract.

The vote extended to accommodate the schedule of several staffers. Thirty-two voted to accept the new contract, with 24 rejected. If the contract was rejected, the staff would have been locked out on Sept. 13 at 12:01 a.m. One staff member did not vote, and four accepted a buyout.

Debbie Cole, who has been working at the Citizen/Sun for 40 years, says this was unlike any labour dispute she’s ever seen. Having worked various jobs at the Ottawa Newspaper Guild (ONG), she says Postmedia, their parent company, didn’t say the lockout was a possibility, but rather an inevitability if the new contract was rejected.

The pressure between the journalists, the ONG and Postmedia has been high. They have been in contract negotiations for 34 months, and have not had raises in six years, according to JSource.

“It’s an indication of how Postmedia feels about their products, they see them as just a source of income, they don’t see them… the way people work at the newspaper feel about them. I think they took advantage of that,” Cole says.

Lois Kirkup of the Ottawa Citizen and vice-president of the ONG told CBC that they did not want a labour dispute, adding that the journalists felt “bullied” by Postmedia.

When Cole went to a meeting to vote, she helped open the floor for a presentation as part of the ONG, saying that a labour dispute should be avoided. Cole didn’t think they would strike. Later at the meeting, she was speaking with an attendee who said they felt the same. The cost would be high for everyone. “[Postmedia has] made so many bad financial decisions that maybe this would be just another one in the long line of bad financial decisions,” she says.

Postmedia, Canada’s largest newspaper publisher, is facing financial issues similar to many other legacy print companies. The paper’s declining circulation and advertising revenues have significantly reduced profits. In third quarter reporting from 2018, Postmedia’s print advertising revenue decreased to $78.6 million, a 16 percent drop from $93.4 million. And print circulation revenues now sit at $54.8 million, down $5 million dollars from the same period in 2017.

Digital revenues, on the other hand, increased by $2 million to $29.9 million, compared to the same period in the previous year.

Working in these understaffed, underfunded conditions have become the norm.

(Visited 171 times, 1 visits today)
Sign Up for Our Newsletter 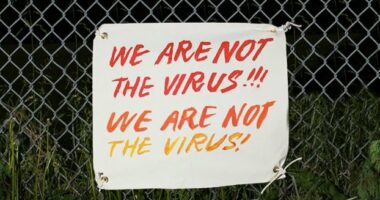