Cary’s life story is currently featured in Toronto’s Mackenzie House for Black History Month. She published her first newspaper on March 25, 1853. Cary was “in spite of everything against her — for being a woman, for being Black— was able to overcome these and open up her own newspaper,” says Chris Theofilogiannakos, program officer for Mackenzie House. The paper allowed Cary to advocate for the Black community and promote Canada as a safe haven, says Theofilogiannakos. Black residents were permitted to open businesses, unlike in the United States.

“She felt that Canada was the safest place for refugees to come to start a new life,” Theofilogiannakos says. Canadian society was deeply racist, but during the period of time Cary published her newspaper and worked as an educator, it was a more practical alternative to the States. While living in Canada, she advocated heavily for the abolition of slavery in the United States. “So what’s important about her newspaper is that it did give the community a voice,” says Theofilogiannakos

Fast-forward to 2020 and Canadian journalists of colour are still fighting for racial equality in  media dominated by largely white upper management and editorial teams, in stark contrast to a diverse readership. The lack of racial diversity in Canadian newsrooms and media coverage prompted the Canadian Association of Black Journalists (CABJ) and Canadian Journalists of Colour (CJOC) to publish the Canadian Media Diversity: Calls to Action on January 28.

There are seven Calls to Action, including asking media outlets to begin self-reporting of newsroom demographics on a regular basis, to increasing coverage of racialized communities, and promoting and retaining journalists of colour in newsrooms.

At the start of her career in 2010, the lack of diversity in Canadian newsrooms prompted Nadia Stewart, now the CABJ executive director, to seek support. “I can’t be the only black journalist who’ve gone through this where you’re the only one in the newsroom,” Stewart says.

Over the last couple of years, a series of news events have inspired a closer examination of Canadian newsroom culture. Among these was the Blackface scandal, in which it was revealed that the PM Justin Trudeau, Blackface pictures had not been exposed despite his many years in office. Then, journalist Sunny Dhillon wrote about the discrimination he faced working at the Globe and Mail in a Medium article. In September, the Vancouver Sun published an opinion piece stating ethnic diversity is harmful to Canada.

“These things that just kept on happening that really pointed to the need for this dialogue,” Stewart says. But rather than just talk about change, the CABJ and CJOC wanted to create actionable steps, she adds.

Since releasing the Calls to Action, some Canadian media outlets have taken note, says Anita Li, co-founder of the CJOC. “There was a really strong response online, from our industry, from both establishment and start-up media, which was really heartening, as well as even people like journalism educators, who are really high profile and well respected both, largely in Canada, but in the US and abroad,” Li says.

Moving forward, Li hopes to collaborate with media outlets and hold workshops in journalism schools and media. Working with media leaders to create a diversity survey of newsrooms is one idea. “If you’re co-creating something, then you’re far more likely to actually take action on it,” Li says.

Now is the time for action, she says. “I think we’ve talked about it enough. I feel like generally speaking, the information is out there for people to understand why diversity inclusion is important across all institutions, including and especially media. So now’s the time to start walking the walk.” 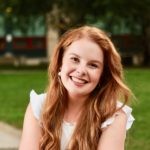 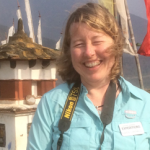